Summary: in the young team of portable electric transport, competition between the famous brands, every reveals their king style, and Airwheel win the champion from this non bleeding field.

Within the young consumer group, the portable intelligent scooter not only their transport device, and also the toy they like. What they like is the kind of sporty appearance, excellent handling and superior cool and durability 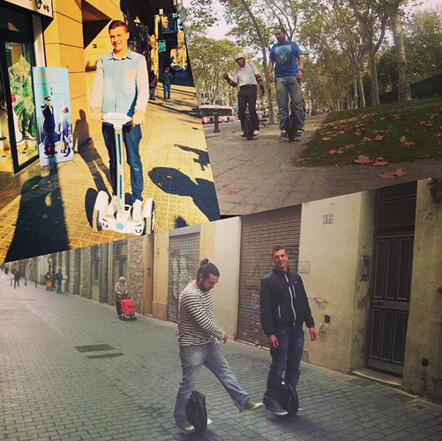 This is Airwheel self R&D first unicycle, one wheeled attracting eyes, before x3 launched, the unicycle has not prevalent in the market, yes, we can say, the success of X3 is the foundation for the following unicycle, X3 as the classic unicycle, high performance, and as the following it has launched many models, and no one could instead of position of X3.

Just don’t know why, it seems with the words “3” are classic type. Airwheel Q3 not means a car by appearance, the unicycle by one wheeled have been overturned, in order to reach the more safety riding, the creative design of Airwheel two wheeled unicycle, increased the contact area with ground, which more safety riding, Q3 are most popular unicycle within or models of Airwheel products, because the riding range 65km, makes lots of people treat Q3 as personal transporter, because they were treated it as toy before.

Another model with word “3” , what a coincidence, fate, don’t misunderstand, S3 is not one wheel unicycle, it’s a Airwheel intelligent self balancing scooter , S3 2-wheeled electric scooter , besides the appearance is looks like car, even the experience like car as well. S3 has front and back light, which increasing the safety during the riding, the water resistant design of shell by this sealed design made durable index of S3 out of your imagination, it is easy clean when it get dirty without pay more work on clean, the most light magnesium materials carry on the stronger performance with safety feel brought to people after bought it.

Actually, not intention to pick up word 3 for introduction, however ,those three models are better within all the models, if you need both appearance and performance, these three type are mostly the best choice.