Airwheel E3 electric bicycle in backpack is mainly designed for better urban riding experience. Equipped with 8 inch wheel hubs and imported lithium battery, it can cover up to long enough range. External modular battery design enables riders to change the battery, to upgrade range and to maintain the battery easily. Other than that, the built-in USB port transforms the battery into a portable power source, compatible with many smart devices.

To gain comfortable riding experience, Airwheel E3selects the rubber saddle, instead of sponge cushion. Based on a large amount of riding data analysis, the saddle of Airwheel E3 smart electric folding bike is in left-right design with balanced force and good ventilation. With a color combination of white and orange, it is fashionable, low-profile and vibrant.

Airwheel E3 folding e bike also incorporates a variable-speed design, indicating that the maximum safe speed can be changed based on individual needs that can be realized via the Airwheel mobile App. Airwheel E bikes realizes App fault self-diagnosis and setting speed, besides the basic functions like real-time positioning and data checking etc. Riding therefore can be freer and more humanized. 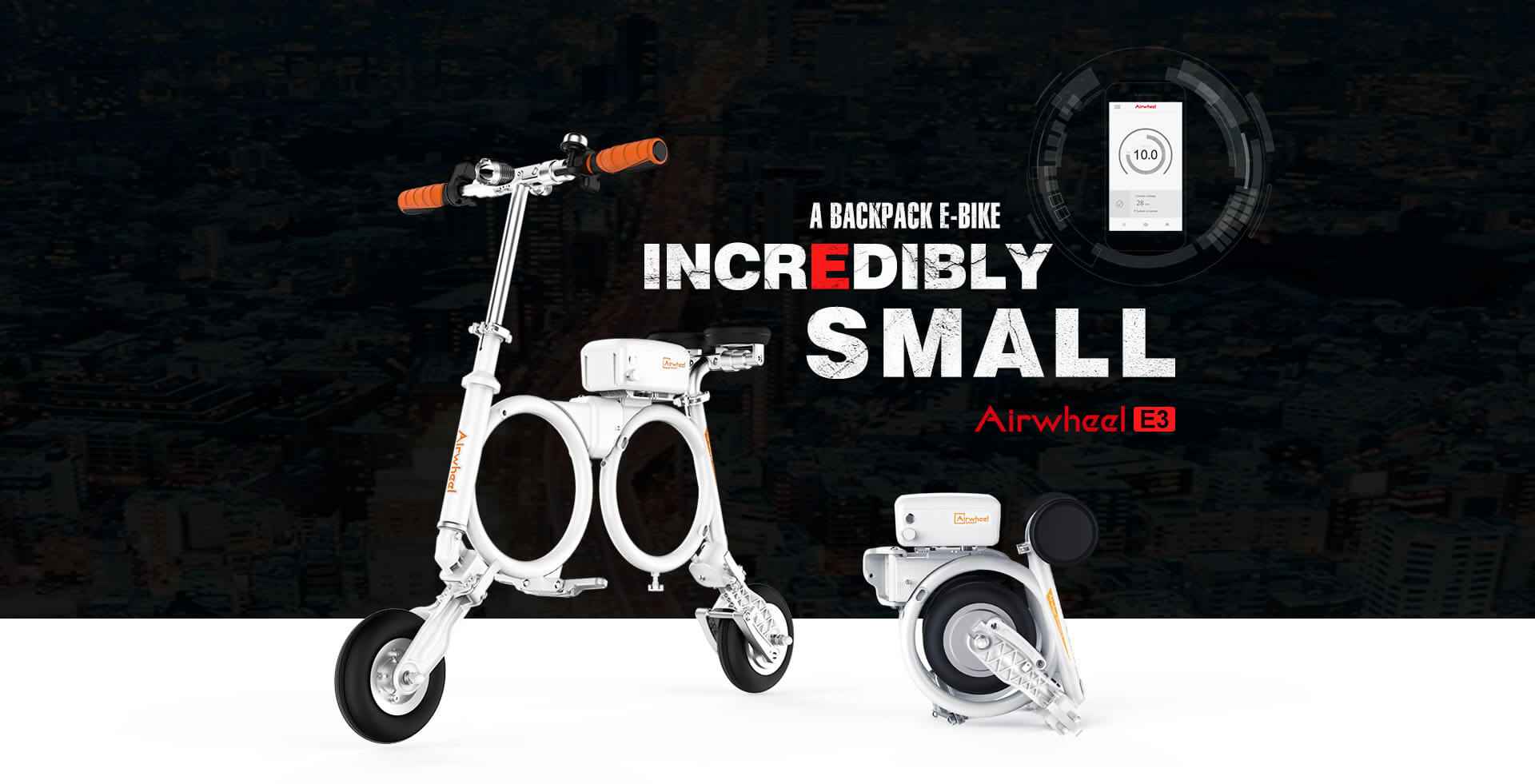 When riding a traditional electric scooter, a rider brakes through control of the center of gravity, in a similar way to accelerating, moving forward or making a turn. Airwheel E3, however, has made a breakthrough in this aspect. With an intelligent braking system, E3 electric folding bike will give a braking response within 0.5s when a user presses down the e-brake button and will not more forward for over 50cm due to inertia. Such a braking system can prevent potential accidents caused by misoperation in braking; besides, e-brake is more accurate and swift than control of the center of gravity.

One may as well select an Airwheel E3 electric bike for an easy ride.