Abstract: Started from November 8th, 2016, EICMA of this year has got off a good start. A continuous stream of visitors came to the remarkable exhibition. The booth that people coming and going frequently should be Hall 4, Stand F50, booth location of Airwheel, a world famous supplier in electric two-wheel industry.

EICMA, the world's biggest event for 2-wheel lovers in Milan, is in full swing. At this great event, two-wheel manufactures from all over the world are displaying the state-of-the-art products and technology, including the well-known company, Airwheel. 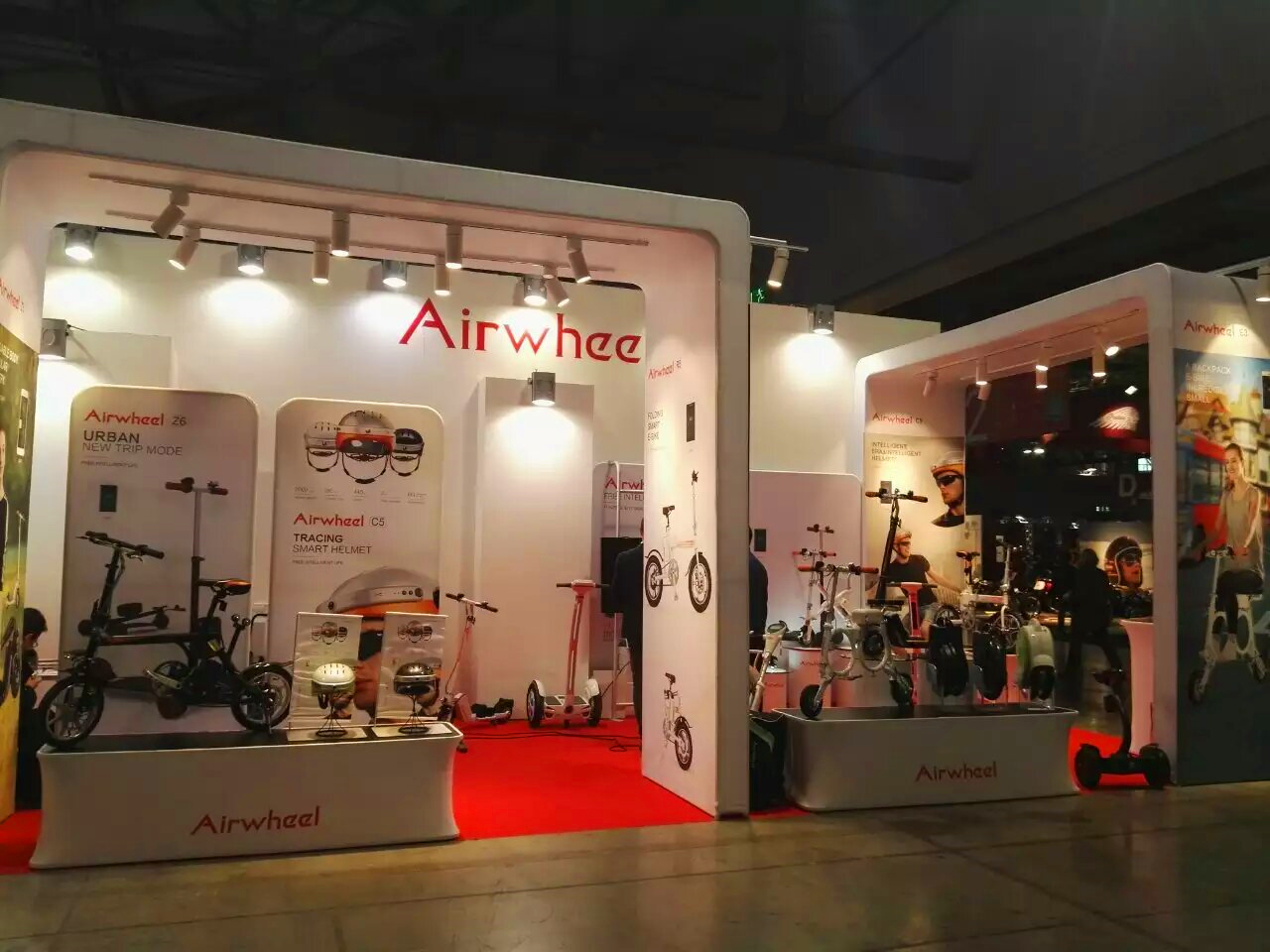 Of course, the focus is dropped down to the intelligent e bikes. At this exhibition, Airwheel generously brought all its series of products. 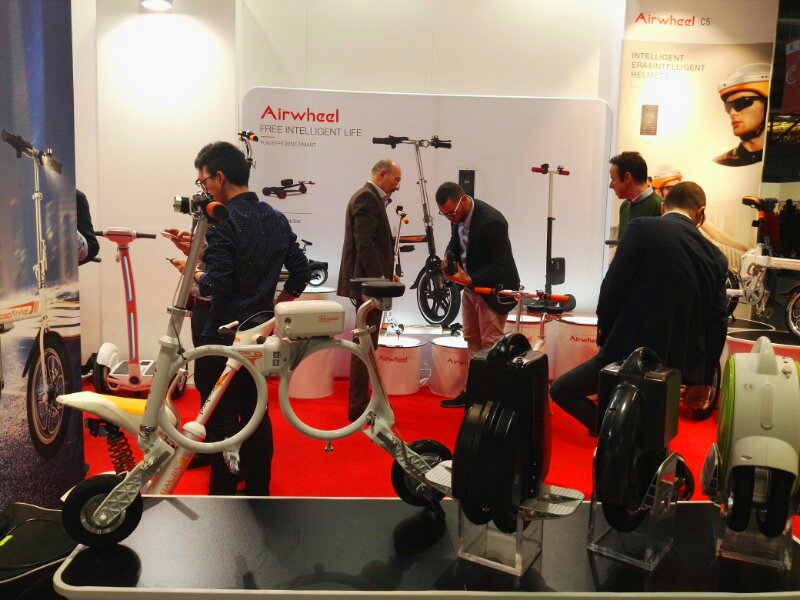 The first product of R series, R5, is also a highlight at the exhibition. R5 electric moped bike integrates all the merits together, for instance, it has chain too so that users can have the same nostalgic feeling of traditional bikes and can exercise themselves; it can be driven by pure electricity so it saves energy when riders plan to have a long journey; last but not the least, users can adjust the levels of gear under the power-assisted ride mode as their wishes. 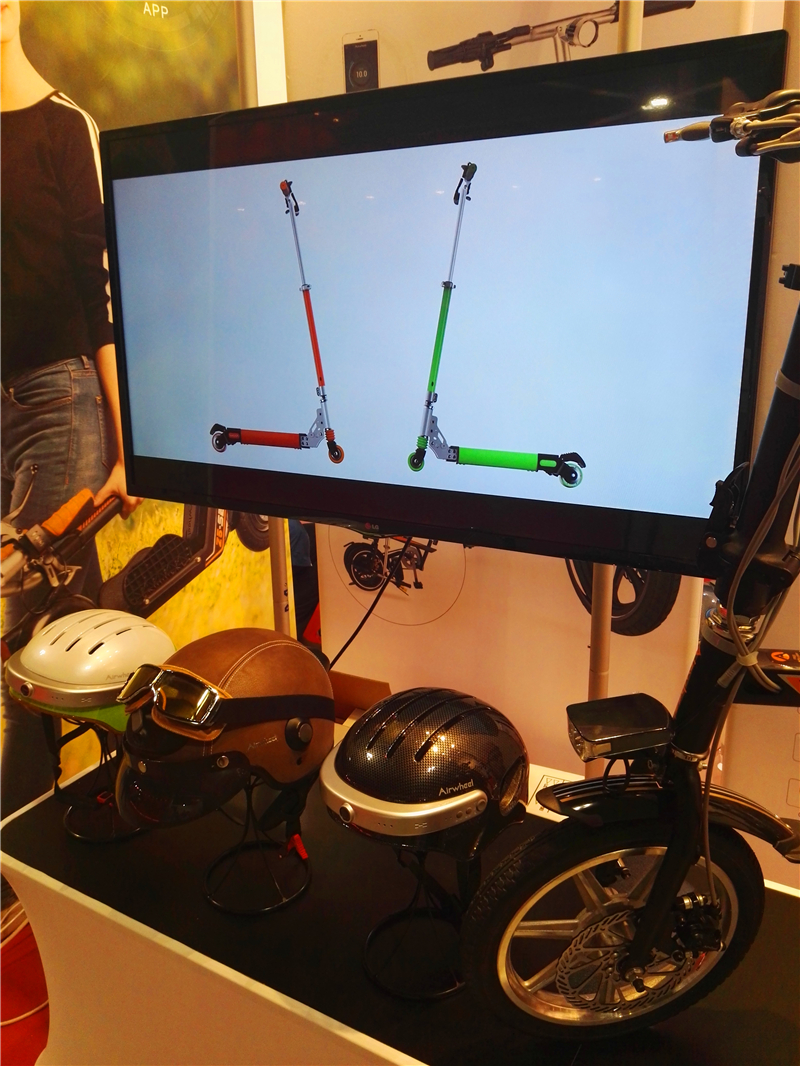 Besides the R5, Airwheel E6 and E3 intelligent e bikes are placed on the exhibition stand with the prominent shapes, one is more likely an “X” and the other's main body is just same to a double “O”. Different from traditional bikes, E6 and E3 have no chain structure, but driven by electricity. Lighter, portable and foldable, they are more convenient than the common bikes we've seen. Meanwhile, a large quantities of visitors showed their interests in E3 backpack electric bike due to its unique packing style. In addition to e bikes, S8 two wheel saddle-equipped scooter and Z5 foldable electric scooter, C5 intelligent helmet released in the early of this year are being showcased in EICMA. To visitors' surprises, the latest Z8 and C6 have made their international debut in EICMA. Join Airwheel in the on-going EICMA 2016.