The Most Eye-Catching Products in EICMA 2016—Airwheel New Arrivals

Abstract: In the spot, Airwheel has become the super star thanks to the innovative products and more importantly, two brand new models—C6 intelligent helmet and Z8 electric scooter for kids have made their international debut in EICMA 2016.

As one of the most famous motor show, EICMA attracts dealers and world known companies to show their latest achievements on motor and cars every year. This time Airwheel with its latest achievement takes part in the EICMA 2016 and has become the super star in the spot. 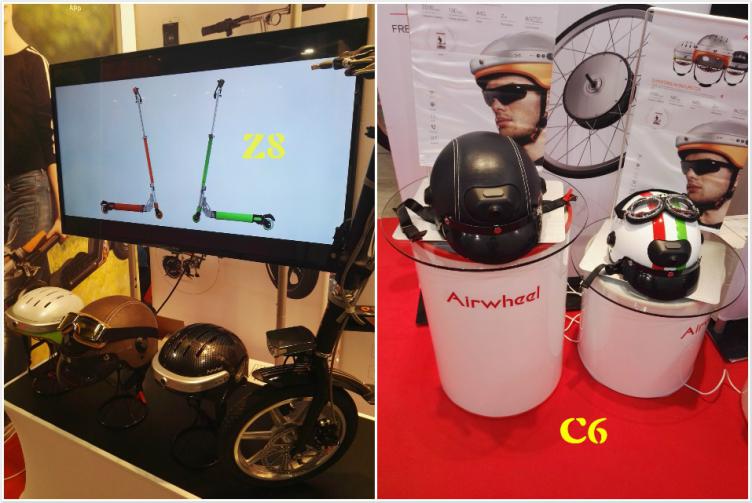 Smart urban travels must be the next project where creative enterprises will compete with each other because city travels are the new points where people concern a lot. As the revolutionary products in city travels, Airwheel intelligent electric scooters have become the new favorite and helpful products among modern citizens because of their great performances and convenience. Of course the new arrivals like Airwheel C6 intelligent helmet and Z8 electric scooter for kids have captured the visitors' attention. C6 intelligent helmet is designed to be various appearance and one is in Italian's national flag. Z8 belonging to the third model in Z-series is the kids' partners, whereas the previous two Z3 and Z5 are more suitable for adults. 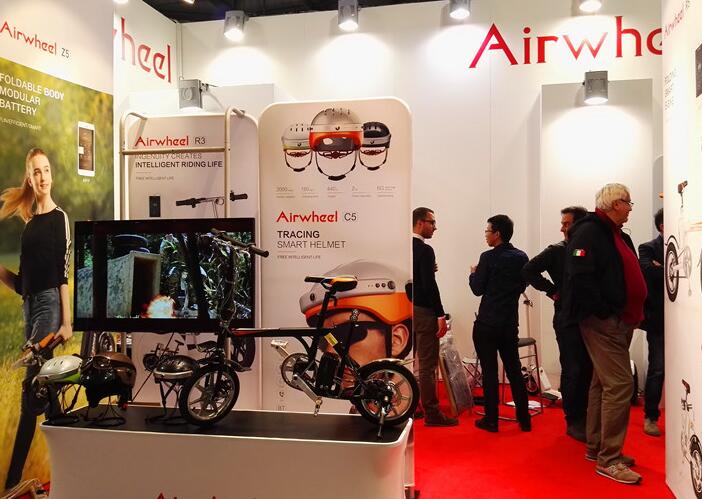 Different user groups' demands are also considered by Airwheel in designing and producing products. Airwheel S8 saddle-equipped scooter is well received among the female riders, featured by the dual ride modes. In 2016, Airwheel has successfully introduced folding e bikes—E series with two models so far, E6 and E3 with the X and OO externality design respectively. E3 backpack e bike was designed to be the world's smallest bike which could fold away in seconds. R series, a device which turns a push bike into an electric hybrid bicycle has been developed, released in Oct also appeals a great number of visitors. 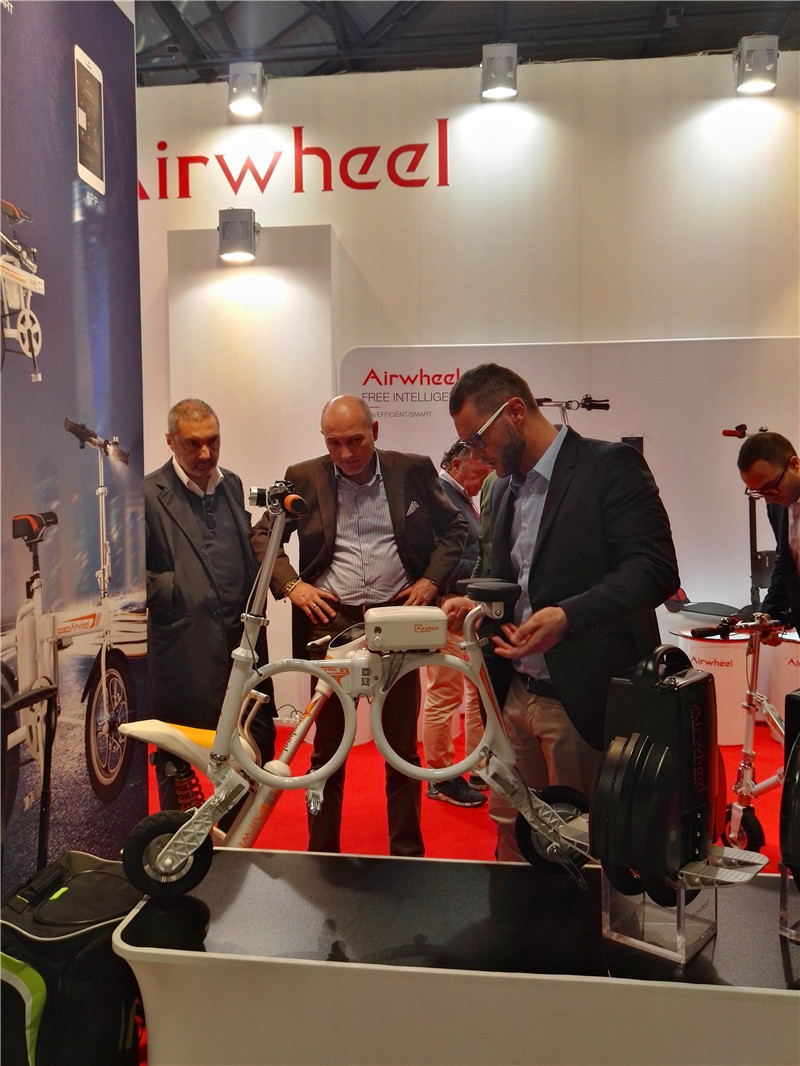 This time, Airwheel self-balancing electric scooter also brings its classic models like the X-, Q- and S- series to EICMA 2016 and introduces the future directions of intelligent products. Welcome to the EICMA and experience Airwheel now at Booth: Hall 4, Stand F50.