On 18th March, Expoactiva Nacional was held in Montevideo, Uruguay. In this exhibition, Airwheel, as a new exhibitor, displayed its intelligent self balancing electric scooter S3.

On that day, the exhibition was packed with numerous visitors. The moment Airwheel team showed riding on the sleek S3, almost all attention was drawn to them. Every visitor was all eyes for it and impatient to have an exciting try. 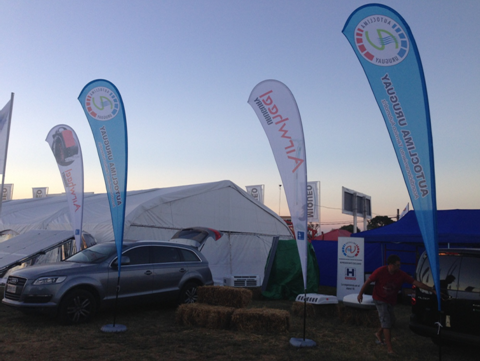 Airwheel intelligent twin-wheel scooter has been acting as a personal vehicle prevailing worldwide. Its popularity comes from various advantages. For example, it is powered by a Japan-made lithium battery core, which generates zero emissions. Its superior performance is also one of the advantages. Weighing only 20kg, it can carry a maximum load of 120kg to travel dozens of miles. It suffices to be defined as an excellent transporter.

So far, the self balancing electric scooter S3 is widely applied to various occasions. For instance, it works as a commute tool in factory warehouses, parks and squares, or is used as a patrol vehicle at airports and railway stations, or serves as a sightseeing vehicle in scenic areas and so on. 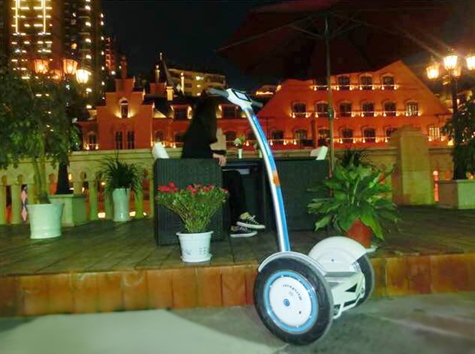 Actually, the intelligent self-balancing scooter S3 only started to prevail worldwide as a pers

onal vehicle in recent years. There are great potentials of usage for us to tap. Thus, Airwheel team joined the Expoactiva Nacional in an attempt to fully display its wide range of application.

Previous：This month, Airwheel electric scooters to be Present at BUDAPEST MOTOR KIALLITAS in Budapest, Hungary
Next：Airwheel Electric Unicycle and Self-balancing Scooter to be Present at Hungarian Exhibitions in Next Two Months