Abstract: In 2014, Airwheel S-series of double-wheels electric scooter uncovered its mysterious veil and there are only two models: S3 and S3T. The two models generate much popularity since they were released in the market. The following illustrates the steps of changing connector of operating arm.

Based on the previous models of the electric unicycles, Airwheel created the 2-wheeled electric scooter and pushed it out to the public in 2014. It came as a blessing to electric scooter green hands, as the two-wheeled design provide excellent balance for riders. Also, the line of the shaft has been optimized and now they have been applied widely.

There are a great many riders swooning over Airwheel S-series self-balancing electric scooter all over the world. As a series of S3's parts replacement, this time is to describe the steps of changing connector of operating arm. Please bear in mind that the following steps of dismantling damaged connectors is only for reference. First of all, you should find the upper plate and lower plate. 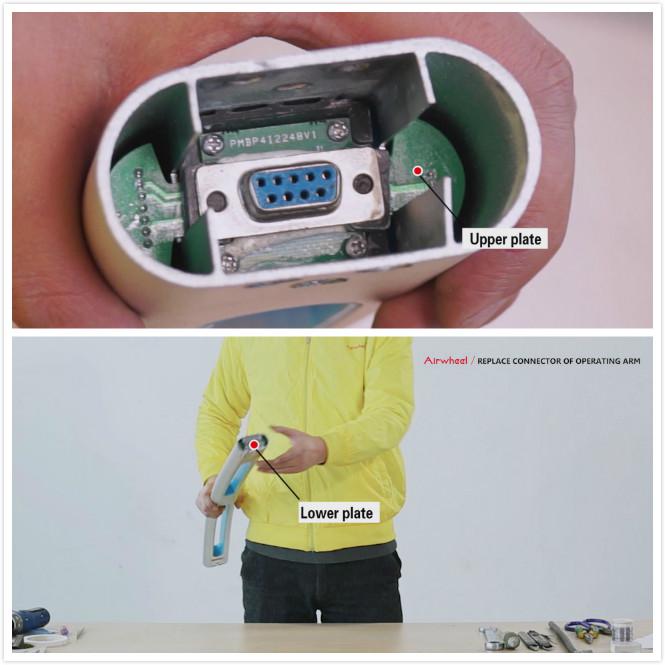 You need to check the cable's heading part behind the connector. Unscrew the screws and take out the plate by plier and disconnect them by hands. 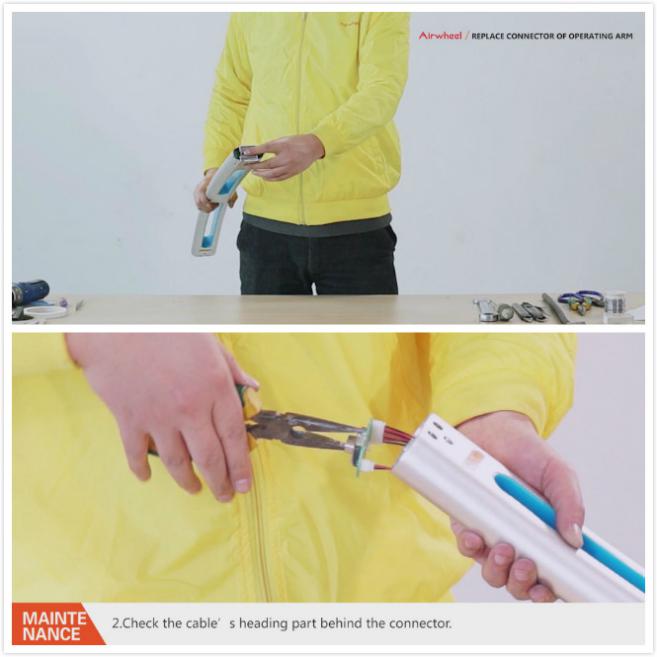 Then you get the damaged connector, so you need to change a new one and install it to the arm in alignment. At the end of the arm, find the four screws and unscrew them. 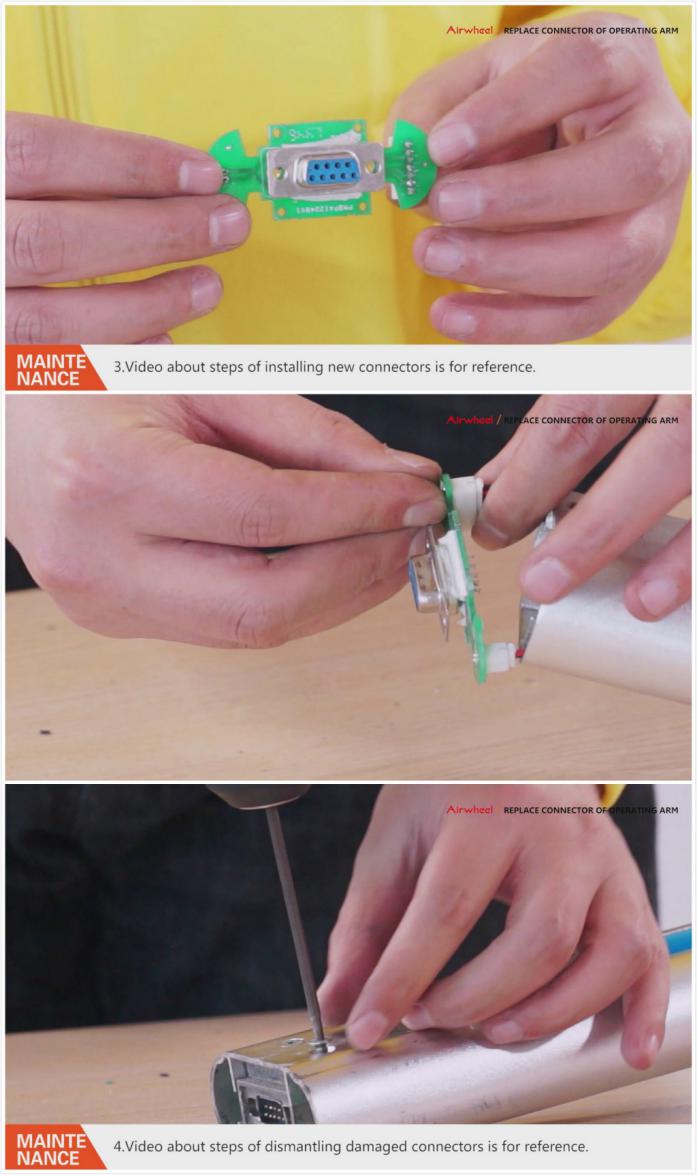 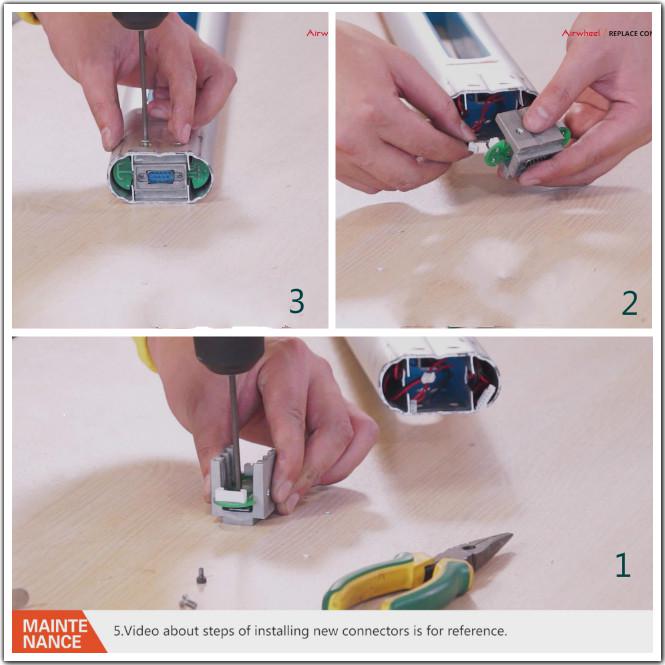 Airwheel S3 two wheel electric walkcar is featured by its operation arm that is easy to store. If there is something wrong with the operation arm, please contact the Airwheel aftersales staff or to replace the damaged connector following the mentioned steps.

If the above contents cannot satisfy you, you are welcomed to visit Airwheel repair webpage to have an explicit description.