For Airwheel Z series, there are three products, Airwheel Z3, Z5 and Z8. Airwheel Z3 replaces the side standing which easily cause fatigue, with the anterior standing design, conforming to the principles of ergonomics. Thanks to the adjustable operating arm, Z series of two wheeled electric scooter can be adjusted according to the height of the riders to provide the most comfortable riding experience. Triple folding system and light and tough body enables individuals, even girls to easily carry it into public transportations or store it in the trunk of a car. 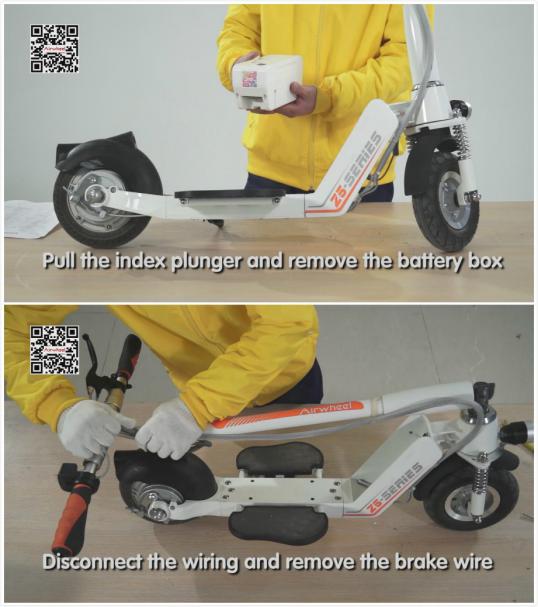 2,Remove the stand pipe and remove the front fork assembly. 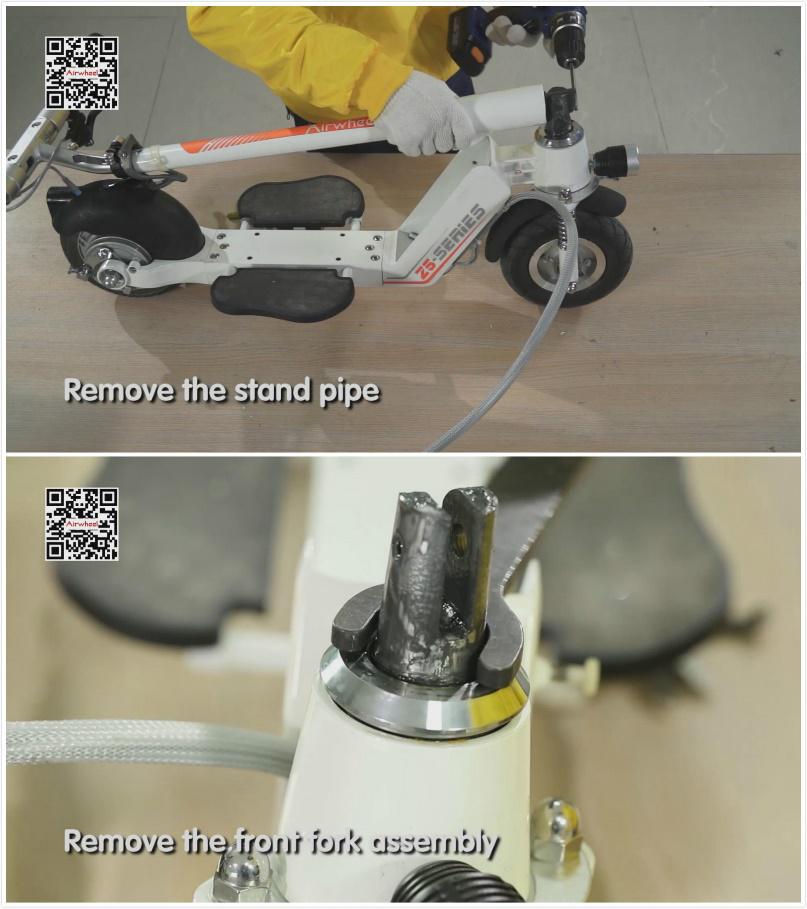 3,Open the lower cover of the battery box holder and disconnect the wirings. 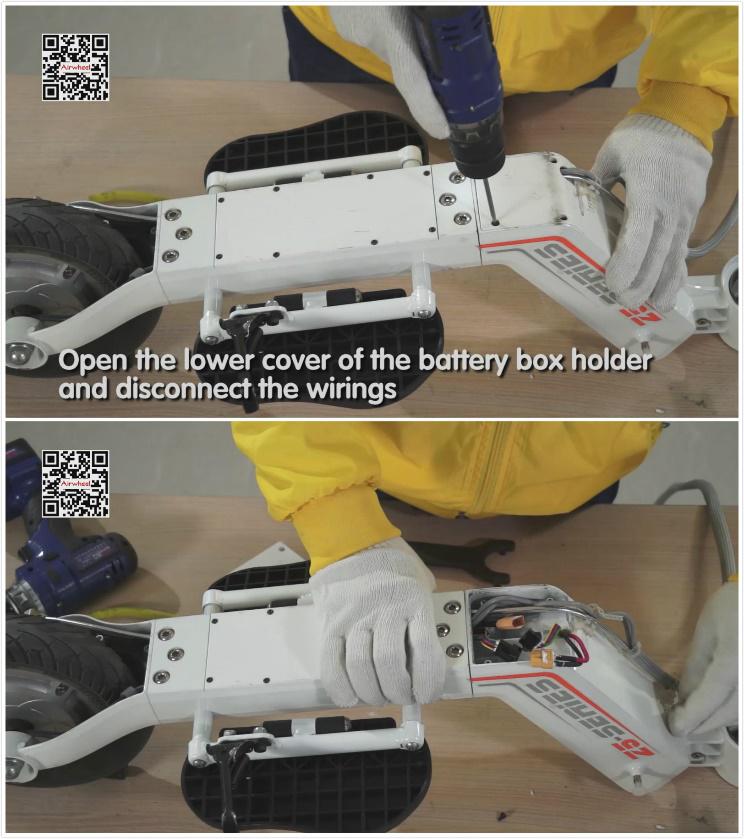 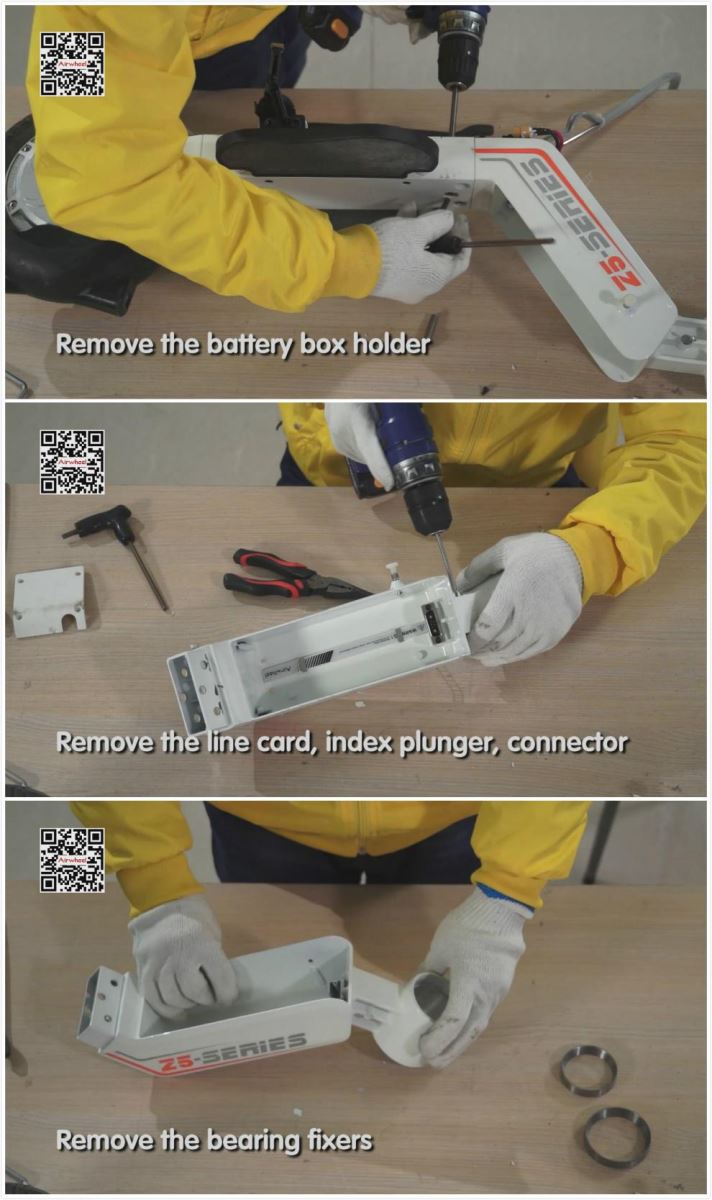 5,After the above steps finished, you can install the components as you remove it. Install the bearing fixers, and please distinguish the upper (small) and lower (large) one fixers' direction. 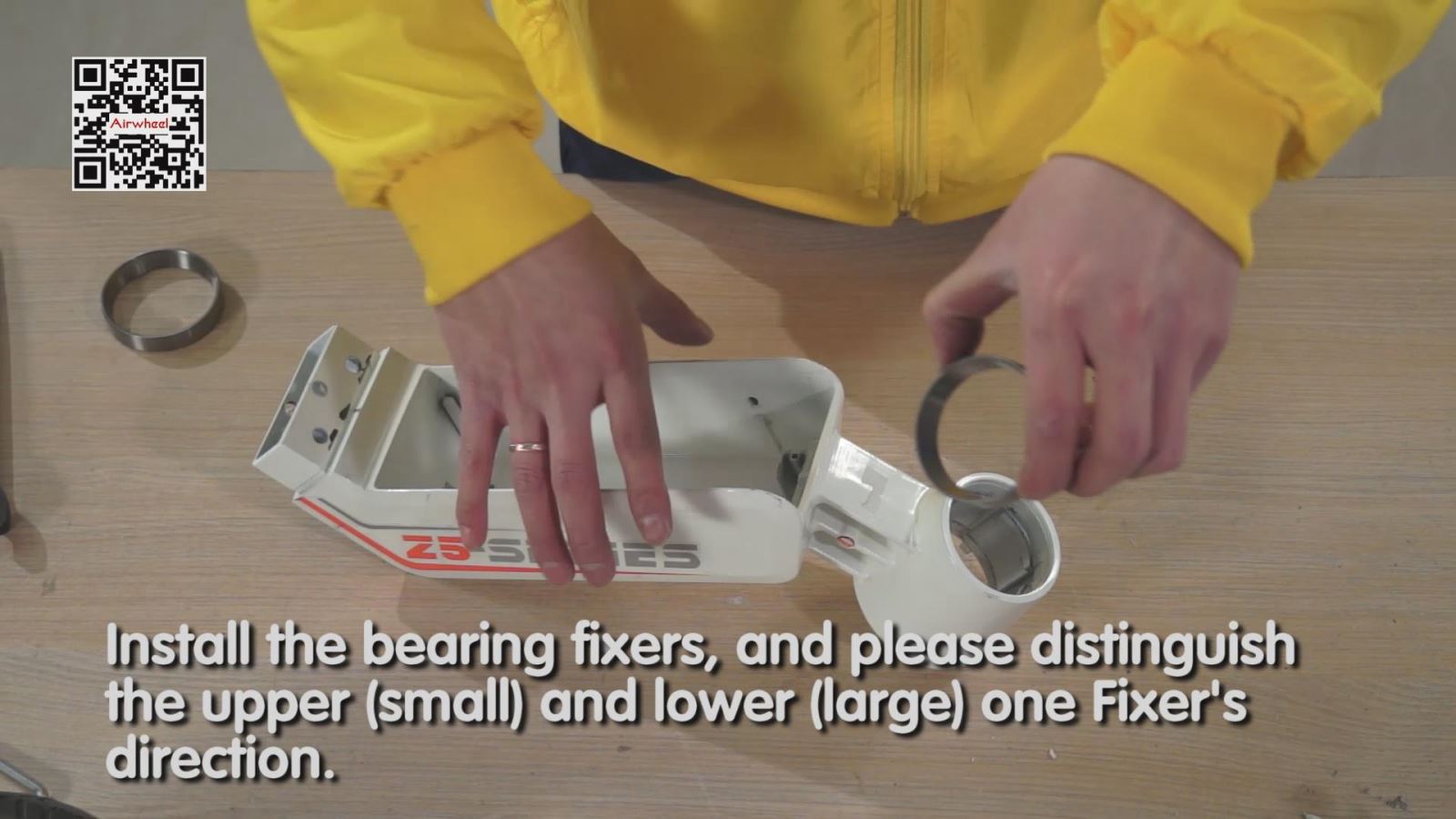 6,Install the battery holder accessories, connect battery fixer and body and then connect and arrange the wirings. 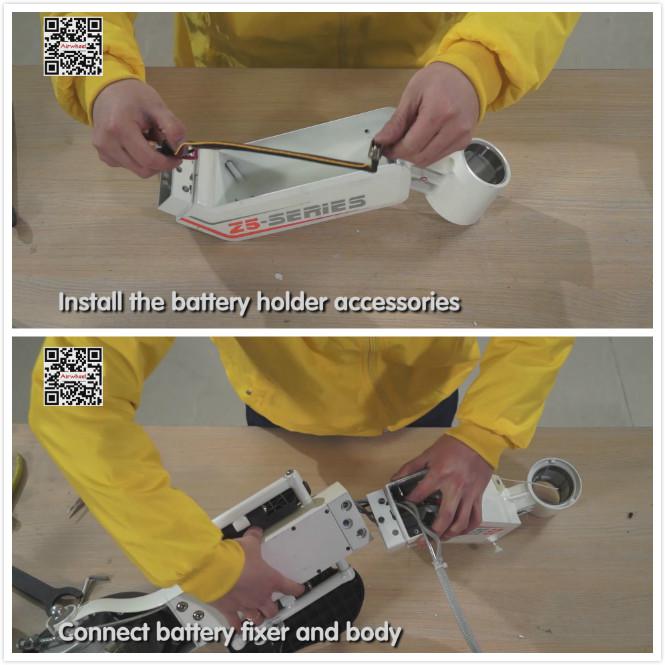 7,Install the front fork assembly and install the stand pipe. Also, you need to organize and fix wirings. 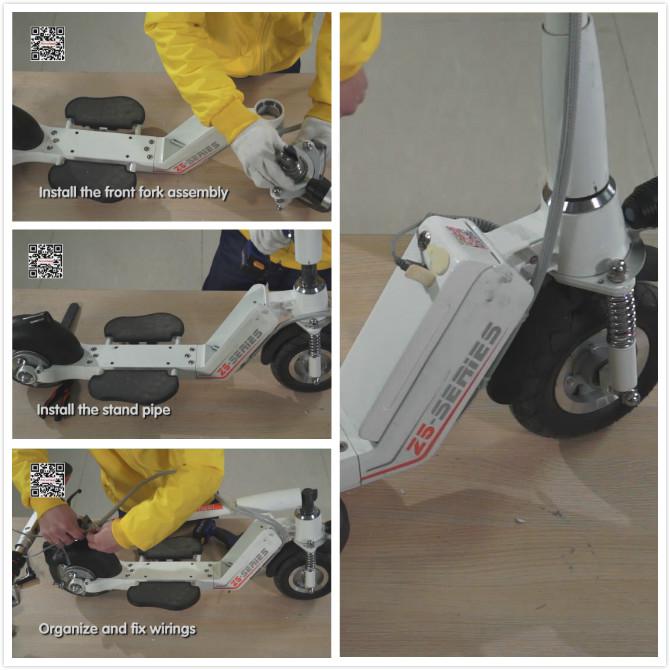 Airwheel Z5 electric scooter for adults is advocating portability and convenience in a bid to assist office workers or students' daily commuting. And to learn more about the battery box holder, you can visit the https://www.youtube.com/watch?v=eo90R1bdeqU.