Abstract: In a serene townlet in Australia, the local folks lived a peaceful and dull life. A young man’s riding X3 added a modicum of fun and spice to the peaceful life of the folks. 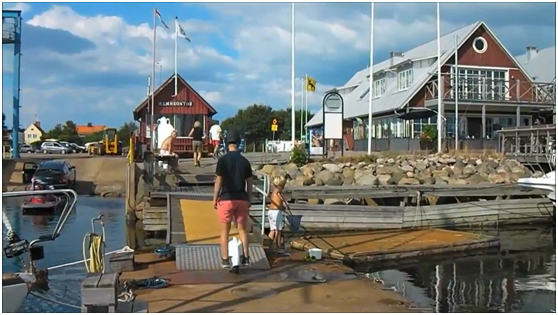 Recently, a young man videoed his experience of riding Airwheel electric unicycle X3. And he posted this video online and attracted a good many of tech enthusiasts to watch this video. From the video, there is no way for figuring out in which townlet he was. We just known he was in an Australia costal townlet. That day, the sunshine was bright and maybe there was breeze. The houses were sharply defined against the sky. In this serene townlet, the local folks lived a peaceful and dull life. This young man’s riding X3 added a modicum of fun and spice to the peaceful life of the folks.

In video, the young man disembarked from the yacht, with X3 one wheel scooter in his right hand. Before embarking on X3, he took on his helmet for the purpose of safety. Here, the sense of safety should be reiterated. Although it is hardly dangerous to ride X3, after all, safety comes first, which is the precondition of happiness and enjoyment. If you are no veteran, it would be wise to wear a helmet before steering X3. 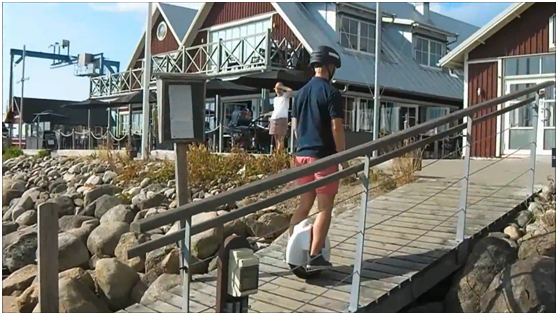 From the video, this young man smoothly steered X3 and whizzed its way through the townlet. Obviously, he was a veteran adept in riding the electric unicycle. Halfway, there was a ramp. The young man steered X3 and successfully went up the ramp without any effort. In fact, the safe climbing angle of X3 reaches as much as 15°. The potent performance largely owes to its powerful power.

In process of riding, he enthralled a huge number of pedestrians. These pedestrians showed a strong interest in the electric unicycle. They seemed to impatient to have a go at X3. But then, if you have no experience of electric unicycles, it might take some time to learn to steer it. Especially you need to spend some time on keeping balance in X3. But, do not be sacred of it. Once you learn to steer it, you will feel an unprecedented joy and the sense of achievement as never before. At the thought of this, are you eager to have a go at X3?