Recently, UK parkour lovers presented several fancy tricks using Airwheel self-balance unicycle, like turning circles, sitting on it while rolling, standing upside down on it and also pushing a car while standing on it. This establishes Airwheel as a versatile Self-Balancing Scooter that can be used for several other purposes beyond just transportation.

March 30, 2015 – Recently, UK parkour lovers enthralled audiences with their fancy tricks on squares of the UK. Riding Airwheel Q1, they presented incredible tricks, like turning circles, sitting on it while rolling, standing upside down and even pushing a car while standing on it. People enjoyed these amazing acts and got attracted towards the self-balance unicycle from Airwheel. They realized that Airwheel can not only be used for personal transportation, but it can bring immense possibilities.

Airwheel has virtually revolutionized the personal transportation market and gained a worldwide popularity for its wide range of self-balancing electric scooters. The battery-powered unicycles have emerged as a cost-effective transportation alternative to cars and bicycles. An Airwheel electric scooter is an energy-efficient and environment-friendly mode of transportation, and people can also perform a host of activities that UK parkour showed recently. The spokesperson of the company believes that this will inspire people, particularly the young generation, to explore Airwheel for their fun-filled and useful personal transportation.

According to the spokesperson, the Airwheel electric unicycle has emerged as an ultimate commuting tool for the modern population. The pollution-free electric scooters can be used for covering short distances and keep the city free from the pollutants. Besides personal transportation, one can also try some simple tricks and enjoy its thrilling ride. With a powerful lithium battery, one can travel several miles after a single charge. With an inbuilt gyroscope, it is a lot easier to achieve a physical balance while rolling on the Airwheel unicycle. 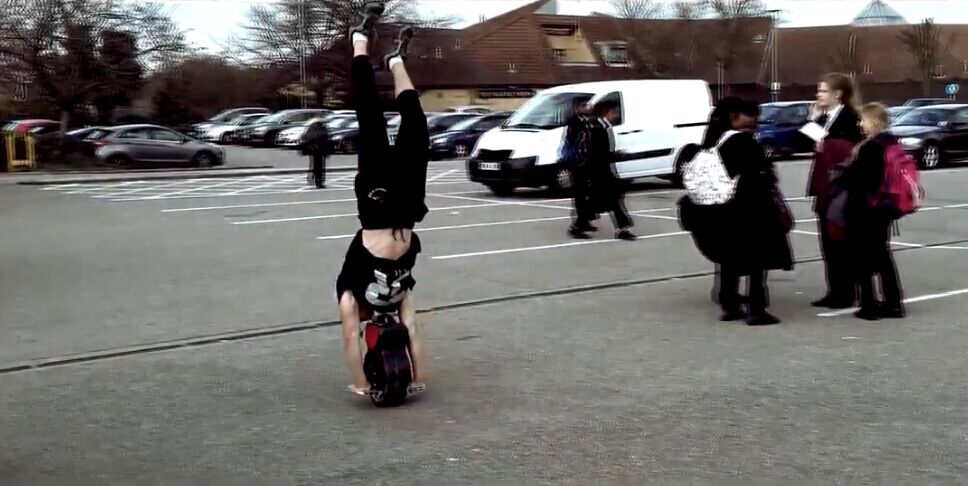 The Airwheel unicycles are also remarkable for their ease of use and one can easily learn the way of balancing it, moving it and controlling the speed by tilting the body back and forth. After a few days simple riding, one can think of learning some fancy tricks as well like, bypassing obstacles and rolling it in a sitting position etc.