As a newly invented, electrically powered and self-balancing transporter, the Airwheel unicycle has attracted attention of many people especially those of young people. The Airwheel one wheel scooter is a solution for those who suffer day to day from car exhausts and traffic congestions. It is an eco-friendly personal transporter designed for easier commute. 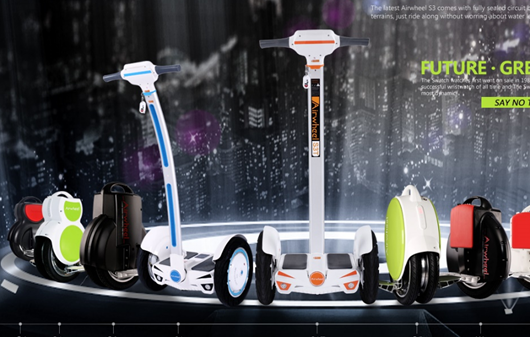 With “Airwheelers” spotted everywhere all over the world – London, Paris, Berlin, Amsterdam, Beijing, New York, and even Sydney and Auckland across the Pacific, the Airwheel unicycles have brought about a new revolution for urban transportation. This kind of new commuting style will probably determine the future environment. It might last long, but the dedication will be eventually paid off by benefiting next generations.

The casing of Airwheel is made of nano-tech synthetic resin which is durable and can bear a maximum load of 120kg. Powered by a Japan-made Li-ion battery, it can roll at a maximum speed of 12mph, which is fast enough to meet one’s daily commute needs. Airwheel’s superior handling contributes to its worldwide prevalence as an outdoor sport gadget next to skate boards. 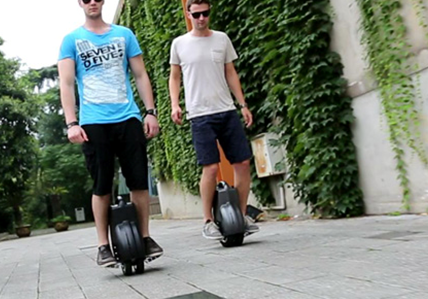 The Airwheel’s slogan is “Make a Difference” echoing the Airwheel’s dedication to saving commute time as well as bringing back the lost fresh air and blue sky. The Airwheel gives a new interpretation of healthy workout and is challenging the outdated transporters. Currently, the Airwheel Technology offers three series of unicycles, namely Airwheel X, Airwheel Q and Airwheel S, each with unique features. The Airwheel X series has a single wheel which makes for a playful fun ride. You’ll get a hang of it after a day’s practice. The Airwheel Q series has dual wheels which allows for a more stable ride than one wheeled models. Most people manage to drive it in 5 minutes. The Airwheel S series is an incredible revolutionary design with a wide platform and a long handle bar for users to comfortably stand and hold.