A New Zealand children’s television program What Now? launched a new Airwheel game. Hosts are required to learn to ride the Airwheel in two weeks and to pass an obstacle test. Audience also have chance to win a unit of Airwheel by play the Airwheel game online.

The Airwheel was featured in a program What Now? – a long-running New Zealand children’s television program that premiered in 1981. The show airs every Sunday at 8 am on TV2 and has segments such as Game On, Phone and Away, Super Circuit and Target Ya Teacher. 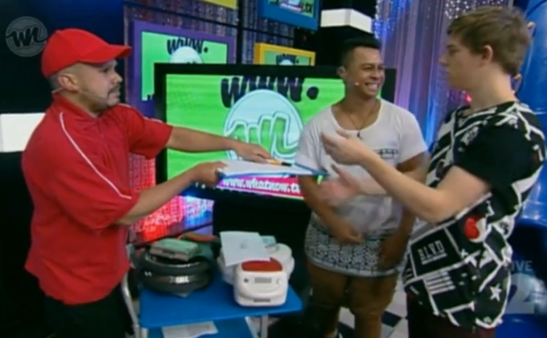 On the edition of April 5 program, a new game called “Where’s the wheel?” is unveiled. The hosts Chris and Ronnie receive two devices called the Airwheel plus a letter which reads that Chris and Ronnie are required to ride the wheels and to pass the obstacle course in the show two weeks later. Audience at home can also play the game “Where’s the Wheel?” to win an Airwheel. Audiences just have to keep their eyes on the website of What Now? and find the Airwheel hidden on a different page each day of the school holidays. When you’ve found the wheel, remember the name of the page you found it (eg "Chris" instead of "whatnow.tv/chris") and on Friday the 17th, come back to the page, enter them all in order and you’re in to win.

Looking similar to a unicycle, the Airwheel is actually a gyro-stabilized unicycle with a built-in electric motor. It is compact and fun to ride and is intended to be used as you would use an electric bicycle. The Airwheel is much easier to ride than a unicycle. All you need to do is to lean your body forward and backward while standing on the pedals. The gyro-sensors can detect your leaning and activate the controlling system to go to the intended direction. 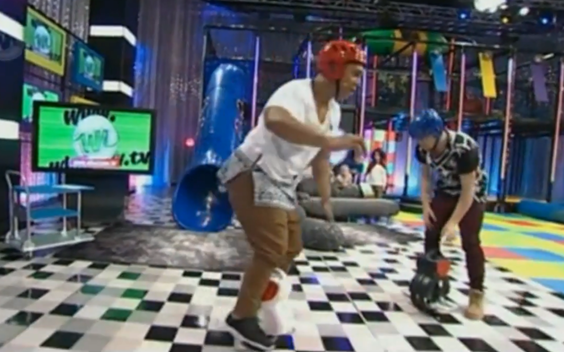 Currently, the Airwheel offers three series, namely Airwheel X, Airwheel Q and Airwheel S, each with unique features. The Airwheel X series has a single wheel which makes for a playful fun ride. You’ll get a hang of it after a days practice. The Airwheel Q series has dual wheels which allows for a more stable ride than one wheeled models. Most people manage to drive it in 5 minutes. The Airwheel S series is a full functioned design with a wide platform and a long handle bar for users to comfortably stand and hold. In addition, the S3 comes with built in speakers, wireless Bluetooth connection, a display screen and 2 remote controls.