Airwheel S3 smart electric self-balancing scooter, A Must Have to Lead A Green Life

Abstract: Stylish in design and excellent in quality, the Airwheel S3 is also quite an affordable model of electric scooter compared to many of its competitors. it’s an optimal choice for young people, commuters and gadget geeks.

When night falls and the hustle and bustle recedes, people are seen coming to the square in groups, some sitting, some walking, and some others riding on wheels – a newly emerged contraption that goes very popular among young people. They stand on the platform of the smart devices and zoom around swiftly and quietly. Anyone who see them would stop and watch in amazement, because they are just so cool and look like they are literally floating on the ground.

This kind of two-wheel electric scooter emerged in recent couple of years and went popular immediately among young people. The most commonly seen model in the market is the Airwheel S3 produced by the Airwheel Technology. The S3, judging from outside look, is made of a control shaft, a handlebar, a platform and two wheels. It weighs only 22.4kg and is capable of carrying an adult as heavy as 120kg. Portable as it is, the S3 can run at a maximum 18kmph.

As customers remarked, the Airwheel S3 is of great fun to ride as it can offer you a unique thrilling riding experience yet requires little balancing skills. Riders are mostly young people aging from 18 to 25, among them students being the larger proportion. Unlike self-balancing unicycles, the Airwheel S3 has two wheels. However, this dual-wheel design doesn’t cut its agility. Users can still ride it as swiftly as riding an electric monocycle. Actually, there are other features exclusively found in S3. For instance, the S3 has a string of LED atmosphere lights on the shaft to make the night riding safer. And the scooter is equipped with Bluetooth so that you can listen to music while riding. The S3 can be a useful personal transporter for you to get around or to commute between your home and working place. 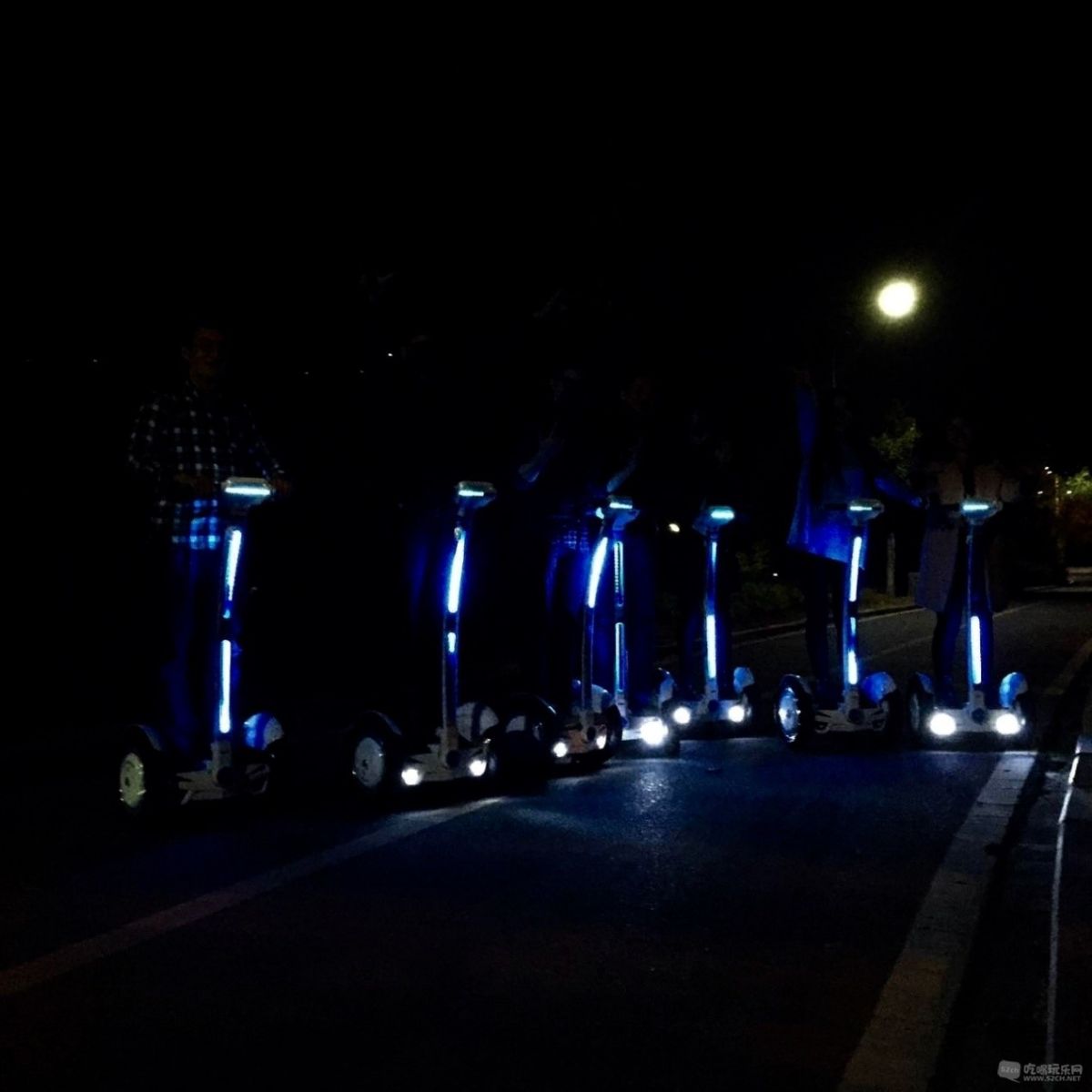 Stylish in design and excellent in quality, the Airwheel S3 is also quite an affordable model of electric scooter compared to many of its competitors. it’s an optimal choice for young people, commuters and gadget geeks.