The Airwheel X8 is a gyro-based self-balancing electric monocycle, which has a better maneuverability. However, beginners are not suggested to try on uneven terrains such as lawns and cobbled roads before being mastering the wheel.

Nowadays, cars become a headache for many cities. The numerous cars on the road not only cause traffic congestions but the exhaust also pollutes the environment. For urban citizens, breathing fresh air nearly becomes a luxury. Consequently, more and more people choose to ditch cars when commuting to work. So do I. 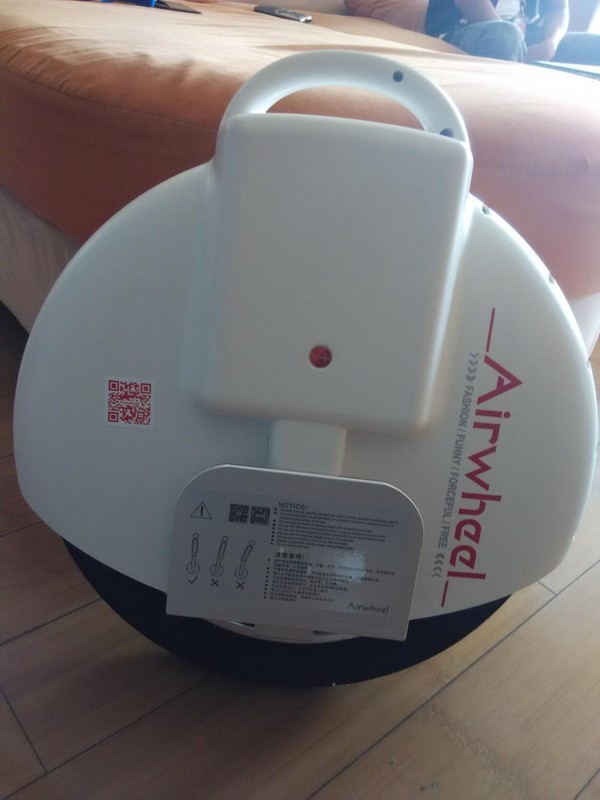 A friend of mine suggested to me this Airwheel X8 which is a hot sale and is said to be used as an alternative to cars or bikes by many people. Another fact that I chose this X8 is that it’s electric powered and is environmental friendly with zero emissions. I’m always fond of such green products.

Before learning to ride, I’d introduce a bit about the working principle it’s based on. A electric self-balancing unicycle  adopts the aerospace attitude control theory, fuzzy software algorithm, and gyroscope system to maintain balance by leaning forward and backward. 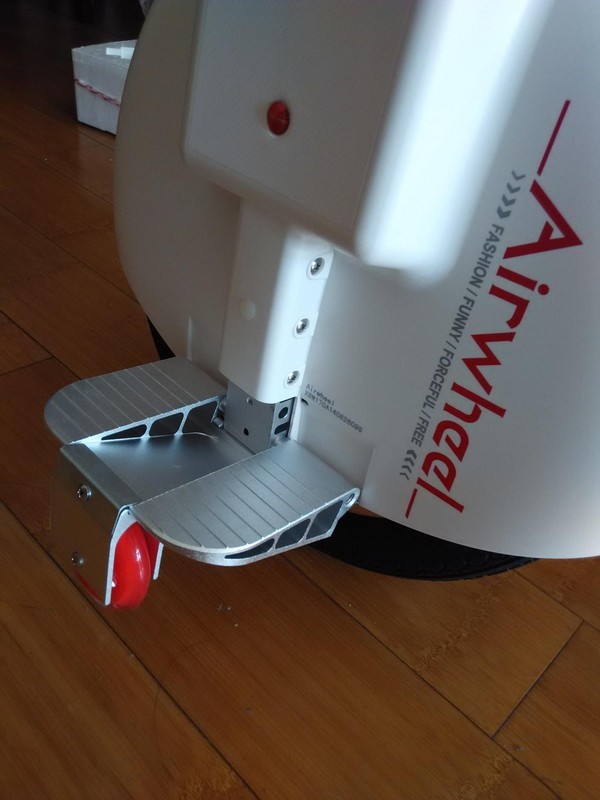 The Airwheel X8 is 497mm high, 450mm wide, and 168mm thin. Weighing only 11.1kg in total, it has a 16-inch extra-large whel hub and powered by a 170wh lithium battery. Generally, the X8 electric unicycle shares many characters with its sibling models. However, it has its own features: the wheel hub is larger than ordinary 14-inch ones, and the chassis is thinner. There are different casing styles for you to choose, matt black, matt white and carbon fiber. I bought a white one, as the white looks elegant for me. 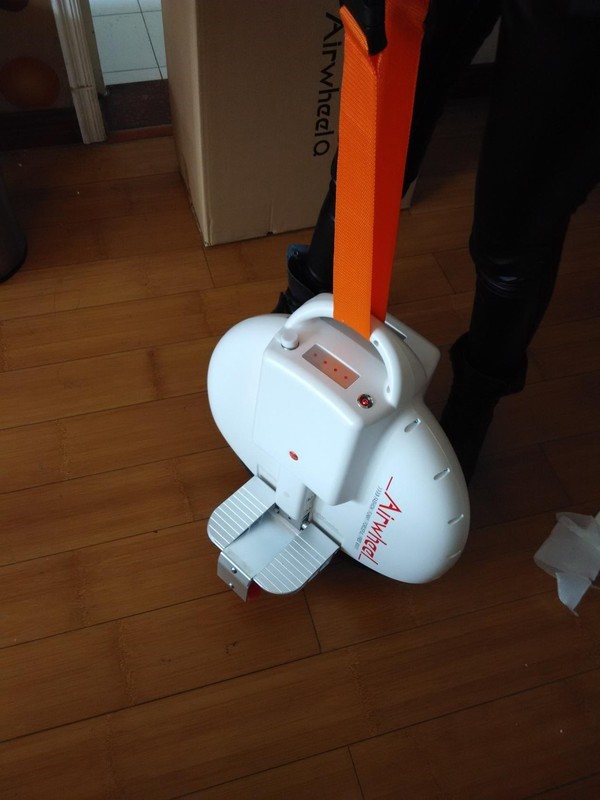 Next I’ll show you more details. There’s a handle on top of the chassis, which you can pick up with when you go into subway or take a flight of stairs. On the side of the handle, there’s a string of battery life lights, a charging hub and a power switch. The unit comes with a charger, an extended nuzzle, a balancing strap, two training wheels and a manual. Barely flipped through the manual, I couldn’t wait to try the device. When I turned on the power button, I found the battery was already charged so I started to learn how to ride it immediately after inflating the tyre. It seemed a bit hard to balance on the wheel, but fortunately I didn't find it as difficult to learn as I had imagined it. It only took me about 15 minutes to get the hang of it. I used the walls to assist me at first to get on the wheel. If I was losing my balance I just stepped off and let it fall sideways. The wheel stopped spinning in a few seconds. After seven or eight attempts, I successfully get the wheel rolling. I think the important part is that once you’ve got on the wheel, you must gain the speed as soon as possible by leaning your body forward. If you don’t get the momentum in time, you’ll lose your balance easily and fall. It took a while for me to get really comfortable with the riding. After 30 minutes I could hop on, start going, stop and hop off confidently. Pretty tired after that. Some muscle ache the next day.