Drive with Your Intention – Glide with Airwheel

Foreword: In the modern society, we have to deal with numerous stressing deadlines everyday, commuting problem is a typical one. We either drive or take a taxi to work, which is not cost-effective with the soaring oil price, or take public transporter which can cost us more than 1 hr to work place. Based on a psychological survey, the major reason contributing to commuter’s upset is the forced contact with strangers on public transporters, which intrudes on sense of security or “urban solitude”. Today it all ends with the latest debut of Airwheel Q5.

Mars Rover, AKA self-balancing scooter or electric unicycle, stages as the latest personal transporter. Viewed by a few as a real transporter due to its range, most of customers take it as a recreational gadget or a solution for last miles to work. Among all those electric manufacturers, Airwheel is widely preferred because of its premium quality and high price-performance ratio. 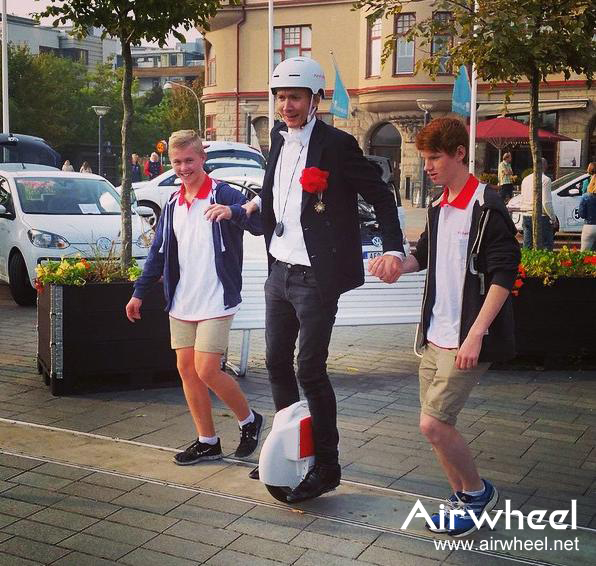 Airwheel was established in early 2013 with subsidiaries in Changzhou, Beijing and L.A. Through 4 years of arduous R&D, Airwheel launched its first electric unicycle product in 2013 and rolled out following 3 product lines which have become best-sellers in this industry.

Airwheel electric unicycle is powered by electricity and controlled by an intelligent self-balancing system. With growing awareness as an awesome personal transporter, it suffices to be your best partner of daily commute, workout or simply getting around town. 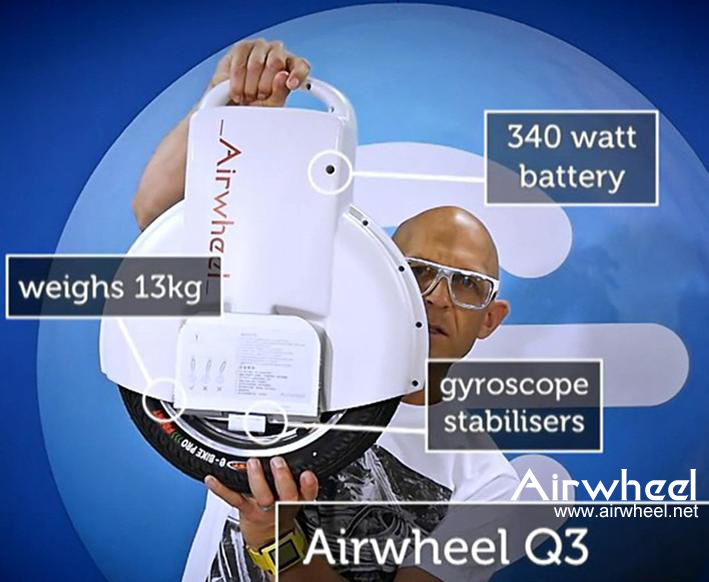 Generally regular electric unicycle weighs roughly 10kg, and Airwheel Q5 weighs 12kg with its twin-wheel design, which is still easy to carry around for average people. The common acknowledge in the industry is, a premium electric unicycle built with quality casing / motor will by no means weigh less than 9.8kg. Airwheel Q5’s configuration is in accordance with previous Q-series, yet it makes a difference by ingenious design: the LED atmosphere light and round pedals, which deliver upper-class essence.

Some customers may have concerns like Airwheel as a “Made in China” brand name may be inferior than those made in the U.S e.g. Solowheel. Practically given the price of Solowheel, few can afford one and in terms of performance, product range and especially price-performance ratio, Airwheel has outdone them and appears to be the best choice for starters. 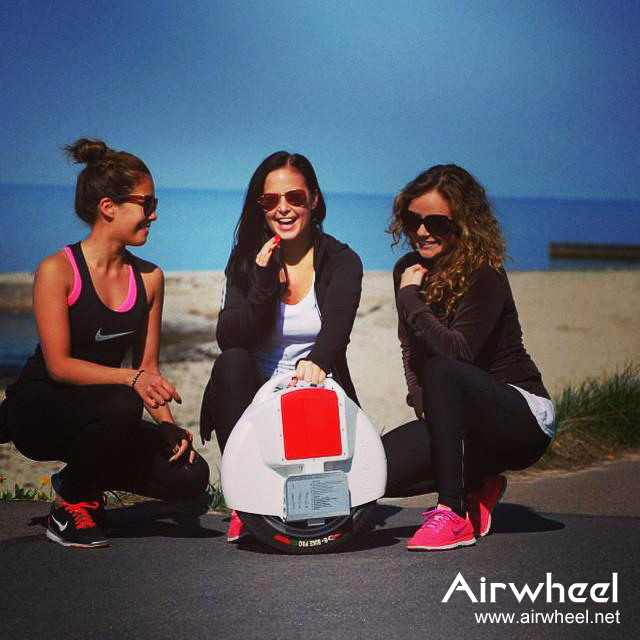