Abstract: The Airwheel X8 is an electricity powered and self-balanced personal transporter. The stylish appearance makes it an attention getter and thus favored by the young people. The Airwheel X8 electric self-balancing scooter is one of the most popular models served as replacement to traditional vehicles.

The science is a double-edge sword. It brings about convenience to life yet it also causes troubles to human beings. The advancement in transportation also falls into such loop. The invention of personal cars highly increases the efficiency of traveling and revolutionize the daily travel mode of the people worldwide. Yet, as the number of private cars in a city spikes up, problems occur. The roads and streets become extremely busy and traffic congestion becomes a common occasion. The Airwheel X8 comes as a solution to these problems and enables you to scoot freely in crowded street. To alleviate the congestion problem, many initiatives and actions have been made, including limiting the traffic flow and implementing odd-and-even license plate rule. However, the effect of these measures is limited. To solve a problem, one has to find its nidus. The reason why there are so many cars on the roads is that people rely too much on cars for commuting. Therefore, if there is such a vehicle that can commute people to work and is much smaller than a car, the problem of traffic congestion would be solved or at least alleviated. The Airwheel X8 is such a device. It’s small in size and very powerful, which is suitable for short distance travel. The self-balancing electric unicycle is sure to bring about a revolution in transportation. 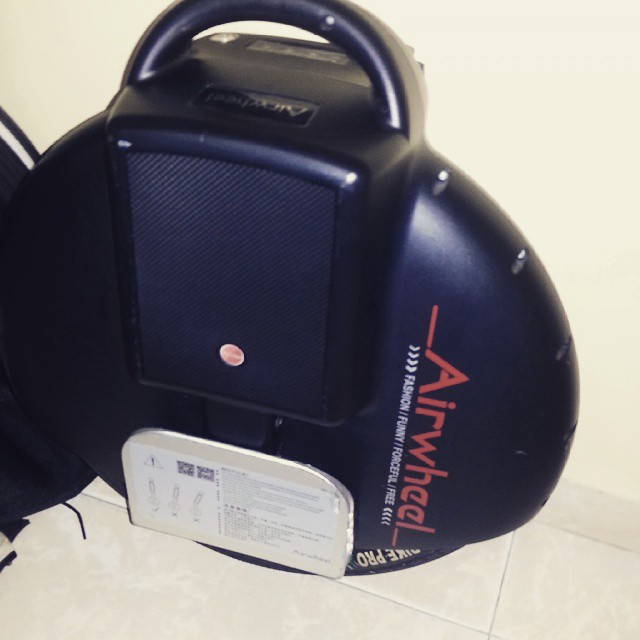 The Airwheel X8 is a model of self-balancing electric unicycle that is based on the gyro technology. The device can keep itself balanced. Though 11.1kg in weight, the rated load of the Airwheel X8 can reach 120kg, which is quite enough for a male adult. The unicycle can reach a maximum speed of 18km/h and the range is up to 23km, which makes it the perfect tool for daily commuting.

The Airwheel X8 self balancing electric scooter is ergonomically designed. People can use it as a recreation tool for weekend outing, or as a daily commuting tool for work. The Airwheel X8 is your optimal choice.