Abstract: On June 18, Airwheel held the 2015 new products release conference themed “Cheers for Riding”. On the conference, the chairman of Airwheel unveiled two new self-balancing products S5 and A3.

On June 18, Airwheel 2015 new products release conference was held as scheduled. On this conference, which is themed “Cheers for Riding”, S5 and A3 were rolled out amid many speculations. Previously, Airwheel has already released three series of self-balancing products, namely X, Q, and S. Therefore, the S5 is considered an updated generation of the S series and A3 is a brand new series. 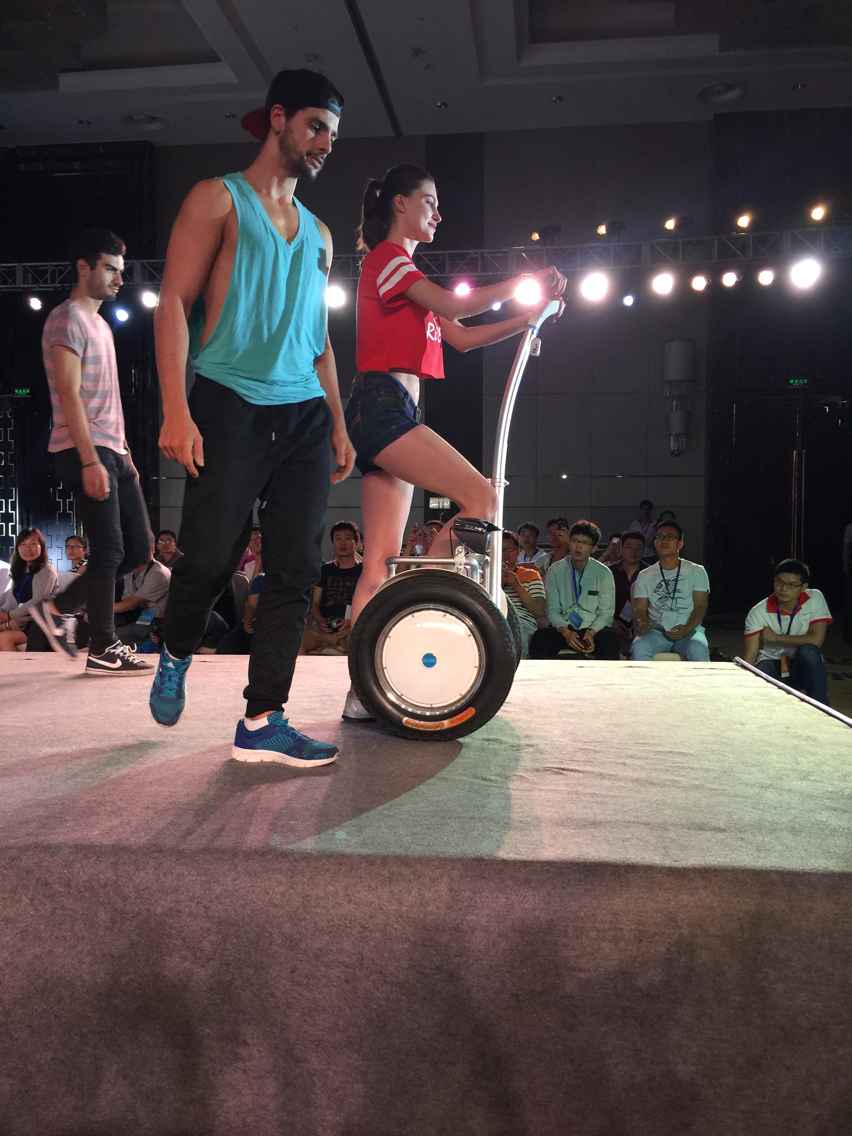 The conference started with the opening remark of Airwheel Chairman Mr. Zuo. He said that as a company dedicated to the research and development of self-balancing products, Airwheel bears social responsibilities and is always committed to promoting a green lifestyle to the public. The company pays great attention to customer feedbacks in an effort to explore a larger market. Now let’s take a close look at S5 and A3
S5 belongs to the Airwheel S series 2-wheeled electric scooter and is widely considered as the updated version of S3. However, according to the promotion trailer played during the conference, S5 is obviously not only an updated version. The company seems to make S5 as a separate product targeting a group that S3 is less able to retain. If S3 is mainly used for urban commuting by individual, then S5 is more suitable to be used in public places. Equipped with larger wheels with greater ability coping tougher road conditions, S5 is recommended to be used by police officers as patrolling vehicles or be used in airports.

Airwheel A3 is considered as a revolution as it is Airwheel’s first self-balancing scooter that is equipped with a saddle, meaning that the user can sit on the saddle when riding. It might seem a trivial amendment, but it means a lot. For all the products previously released, portable as they are, riders can only stand on pedals or standing platforms when riding. As standing for a long time can be tiring, previous products are only suitable for short-distance travel. Airwheel A3 scooter electric solves this problem and is intended to be used for long-distance commuting. Meanwhile, A3 has many exclusive features such as electronic brake system, smart anti-theft system. The company is confident that A3 will be favored by many office workers.