Abstract: Adhering to the triple principle: innovative, eco-friendly and user-friendly, Airwheel has rolled out three series of electric scooters by sequence. These series include the single-wheeled X-series, the twin-wheeled Q-series and the smart self-balancing S-series.

Three years have witnessed great efforts by Airwheel and its hard-won fame and honour. This worldwide famous scooter-maker plays an important role in the sector. Adhering to the triple principle: innovative, eco-friendly and user-friendly, Airwheel has rolled out three series of scooters by sequence, overwhelmingly dominating the current sector of the self-balancing scooter. These series include the single-wheeled X-series, the twin-wheeled Q-series and the smart self-balancing S-series. The biggest characteristic of single-wheeled X-series is its flexibility. The twin-wheeled Q-series not only follows the classic elements from X-series, but also employs an innovative new two-wheeled architecture, guaranteeing its balance as well as ease of use. S-series is the latest one, and Airwheel uses the top design and latest technology on it. Therefore, it is commended as the ultimate of Airwheel scooters.

2013 was a key year to Airwheel, because it was in the year that Airwheel put its own design idea into practice for the first time, i.e. X3. In the wake of X3, other models, e.g. X5 and X8 came out with a fuss. As time goes by, models of X-series still attracted many scooter fans. Although the structure of single wheel might scare away some tyros, its agility takes some beating in all lines of Airwheel. Almost most all old hand scooters fans are willing to choose X-series, showing their exciting skills of riding scooter. They always showcase their awesome tricks, e.g. turning circles and sitting on it while rolling. If we are talking about showing of riding skill, nothing can be compared with X-series. It is thus clear that X-series is more suitable for veterans. 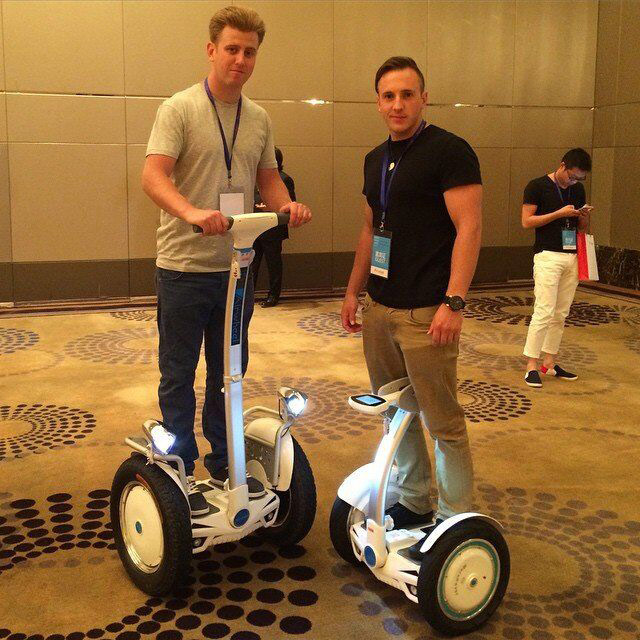 S3 is the termination of self-balance scooter. In the trade fairs, its fancy exterior makes it a focus. What’s more, it is environmentally-friendly and user-friendly, so it is applied to many fields, e.g. police patrol, commuting, sightseeing and so forth.

To find out more information about how electric scooter works, visit Airwheel at www.airwheel.net