Abstract: Airwheel released the new member of S-series on its new release product conference on June 18. S5, the new born in this family finally come out. Intelligent scooter S5 is placed as a personal exclusive SUV scooter.

Last year, Airwheel launched its S-series electric scooters. However, S-series only had two models: S3 and S3T. S3 and S3T enjoyed a very large consumer base since they came into being. For one thing, the two-wheeled design was a great innovation. For another, the S-series appears to be high-class with its unique shape. 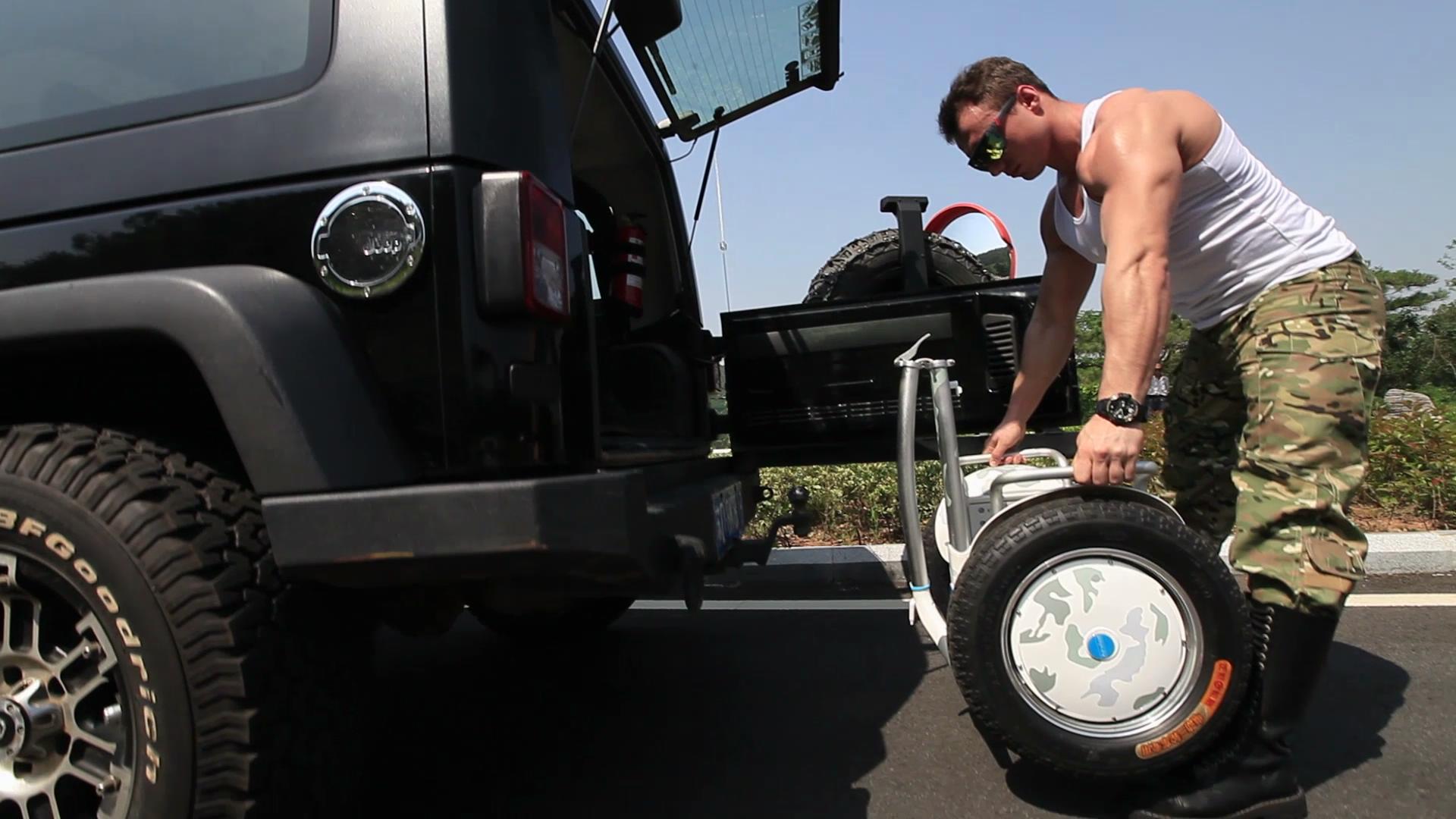 Against the background, Airwheel convened another new release product conference on 18 June 2015, in which a new member of S-series saw the light of the day. It was electric self-balancing scooter S5. S5 is positioned as the personal exclusive SUV scooter. The design of S5 combines the stylish element of S3 with some new advances and refinements. S5 is regarded as the refined version of S3.

Similar to S3 and S3T, S5 insists on the two-wheeled structure and the standing-posture riding mode. In terms of appearance, it, being sleek and fashionable, stands shoulder to shoulder with S3. However, just inheriting advantages from the old versions can’t live up to the reputation of exclusive SUV scooter. S5 is an optimization of its predecessor. 16-inch jumbo tyres are introduced in S5. With the help of such jumbo tyres, S5 can conquer any terrain. S5 2-wheeled electric scooter is capable of negotiating rugged terrain or going down the steps easily. S5 has outstanding battery performance, employing 520 W Panasonic-made battery with larger and lasting power capacity and longer range than S3. With S5, there is no need to be anxious about the electricity blackout halfway. Meanwhile, long-distance travel has been possible. Thanks to the foldable shaft, S5 advances itself in terms of saving the storage space. When going out, users can put S5 into the trunk easily.

The Airwheel S5 electric intelligent scooter, an improved version of the S-series, will never let the consumers down. S5, alongside S3 and S3T, will imaginably strengthen the climax of scooter design.

Previous：Promocija obročnog plaćanja
Next：Airwheel’s New Intelligent self balancing electric scooter A3 of 2015: Another Reform in Expectation