Abstract: To escape from traffic jams, a man abandoned his car and rode a horse to work, which drew a lot of public attention. Actually, to help consumers deal with traffic congestion better, Airwheel has developed several series of electric scooters which are the best alternative for daily transportation.

Reportedly, a man rode a horse to work on the road. He claimed that the traffic had been so heavy that he was always stuck on the road. Even electric mobile can’t go through the crowd. 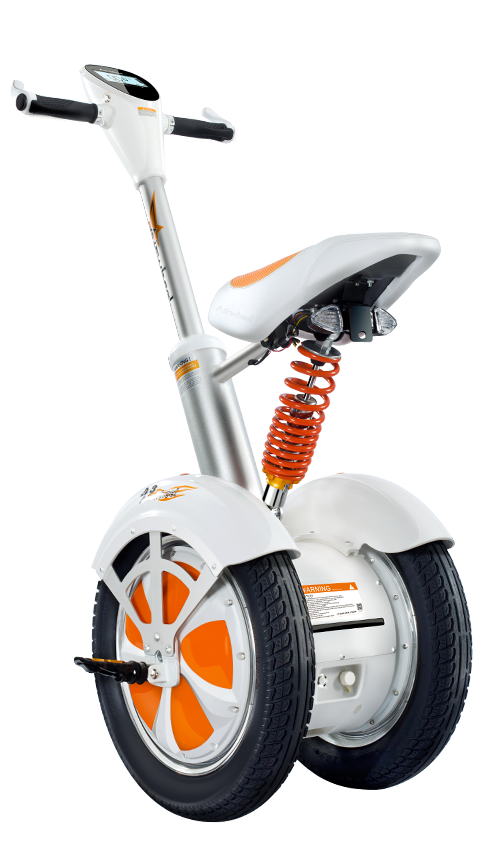 About that, there is actually a great alternative for him–Airwheel electric scooter. Intelligent and convenient, it can definitely free him and also other office commuters from the annoying traffic jams. Among all the electric scooters by Airwheel, its newly launched A3 is the most recommended.

Unlike other intelligent scooter by Airwheel, A3 no long adopts standing-posture riding mode, which means the riders are able to sit on the saddle during the ride. Also, on the consumer-oriented basis, having considered the impact and vibration that may occur due to this new riding mode, Airwheel has installed the hydraulic suspension under the saddle, ensuring the users can enjoy a comfortable ride on the road. What’s more, with its small size that is only 0.25 square meters, A3 can easily go through the congested roads. Being late for work won’t happen to them again.

Not only is the A3 self-balancing scooter convenient for people’s life, but also costs very little. Mounted with 520wh battery imported from Sony, A3 can be recharged for 1800 times. And it only takes 6 hours to have it fully charged. As an energy-saving vehicle, it just costs 1 kWh per 50 km.

In such a modern society, traffic jams are almost unavoidable. To deal with that problem, rather than use some traditional transportation manners like horse riding, people might as well go for some high-tech vehicles like Airwheel electric scooter.