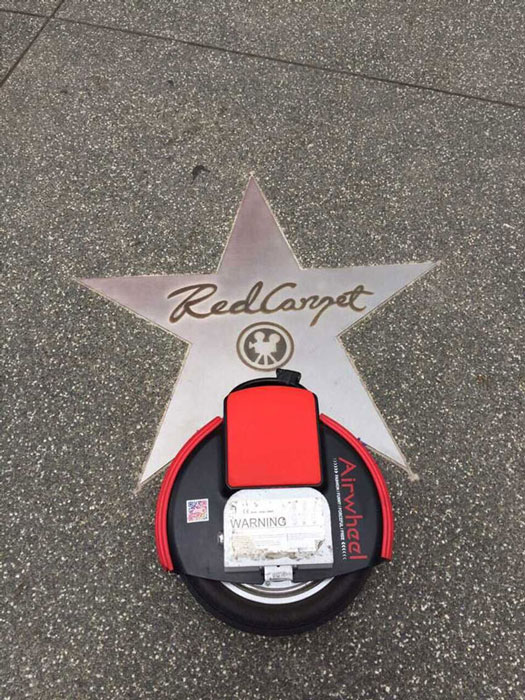 While riding electric unicycle, riders must change the gravity centre to finish all movements like accelerating, decelerating, braking and so on. With these movements, skilled riders are able to give amazing performance.

The good unicycle player firstly needs a good unicycle. In all these player groups, there is generally one or more Airwheel unicycle. And Airwheel X5 is one of the most popular toys among these players. Together with Q5’s fashionable and minimalist contour, the driving style of Airwheel Q5 attracts many players.

Developers of Airwheel electric single-wheeled scooter X5 adopted many core intelligent technologies, and selected Sony lithium battery core as the batter bank, which is also preferred by Tesla the giant electric vehicles producer. This battery core can be recharged 1800 times, and this is an equipment life 3.8 times to the ordinary lithium battery. The unicycle itself weighs 10 kg, much lighter than most of other brands’. And such a weight enables players to finish some wonderful jumps. The theoretical top speed of X5 is 18 km/h, but in poor road conditions, both range and top speed of the unicycle will be lower than the theoretical top values.

As transport vehicles and street culture toys, the safety of Airwheel X5 will be the first concern of consumers. Four protection functions are added to X5, and these four functions will be especially important to players on street. When the speed exceeds 12 km/h, the fore part of the footboard will slowly rise and remind you that continuing acceleration may cause dangers. When the battery is lower than 15%, the four LED on X5 will blink simultaneously and the buzzer will start to warn because it’s time to pay attention to the battery. If sudden battery outrage happens and players fall down, the tilting protection will prevent the moving unicycle from losing control and hurting others. Reasonable is price and amazing is performance. Airwheel is the best choice to players.