Abstract: This year, the Earth Overshoot Day – the day each year when humans’ demands on the planet outstrip its ability to regenerate – comes six days earlier than 2014, with world’s population exhausting a year’s resources in less than 8 months, meaning the natural resources are substantially declining. Thus, certain measures must be taken to alter the situation, starting with energy consumption of transportation.

This year, the Earth Overshoot Day is August 13th – six days earlier than 2014, which means the natural resources are declining at a faster pace than that of 2014. According to an analysis of the demands the world’s population are placing on Earth, human beings have exhausted a year’s supply of natural resources in less than 8 months.

In other words, people have fall into a debt of natural resources that cannot be paid back. As a result, transformation of consuming model and postponement of the date brook no delay. Energy saving becomes one of the priorities of people. if 30% of the carbon emission can be reduced by 2030, people will cut down the consumption of the equivalent of half a planet a year. As one of the main causes of carbon emission, auto exhaust has to be taken into consideration. People shall use another cleaner energy source to replace the traditional gas or oil. And electricity would be a perfect one. Thus, electricity-powered vehicles like Airwheel electric scooter would be a great choice for people’s daily transportation. Powered by Sony batteries, this vehicle emits no exhaust, which leaves little stress on the environment. With such a vehicle, chances are people would use cars less frequently, which will help control the exhaust emission and the energy consumption. When it comes to long distance trips, people may combine the scooter and public transportation. Due to its small size and portability, people can take it into the bus or metro easily. 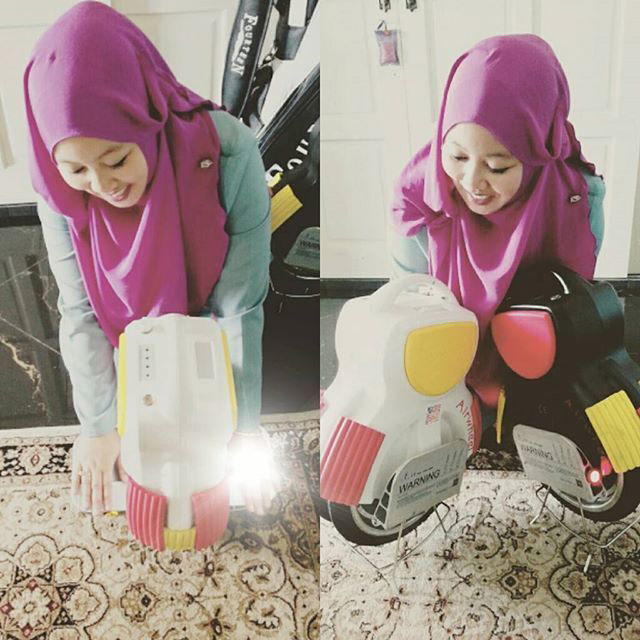 There is only one Earth for all the human beings. The natural resources are running out. If nothing is done by now, every creature on the Earth will be severely impacted. As an individual, people can do their share to save energy such as using a eco-friendly vehicle like Airwheel.