Being like the Faithful Dog Hachiko, Airwheel Self-balancing Scooter for sale

Abstract: Most of people like dogs as pet. They want their own dog. However, there are not so many Hachiko around the world. Can people find any companion which can accompany them like Hachiko? The answer is Airwheel.

In the movie, there was a loyal and faithful dog named Hachiko. The protagonist, a professor adopt this homeless and poor puppy at the railway station, then he named the dog Hachiko. In the following years, Hachiko is the most loyal and faithful guard around the professor. They walk together, play together. Every day the professor needs to work in another city, Hachiko would walk with professor to the railway station and then just sitting on the side of the parterre waiting for the professor coming back. Life is just like a river, flow quietly and stably. Hachiko grow into a big dog from the previous puppy. The professor are getting older and older. Then suddenly one day, the professor passed away in the working place. He never came back to the station while Hachiko could not understand. What Hachiko could do and would do is waiting faithfully for its professor. It insisted waiting there even the families of the professor want to take it home. After some years waiting, Hachiko is also too old to waiting. After the death of the loyal dog, people stand a status of Hachiko to remember this lovely and loyal dog. 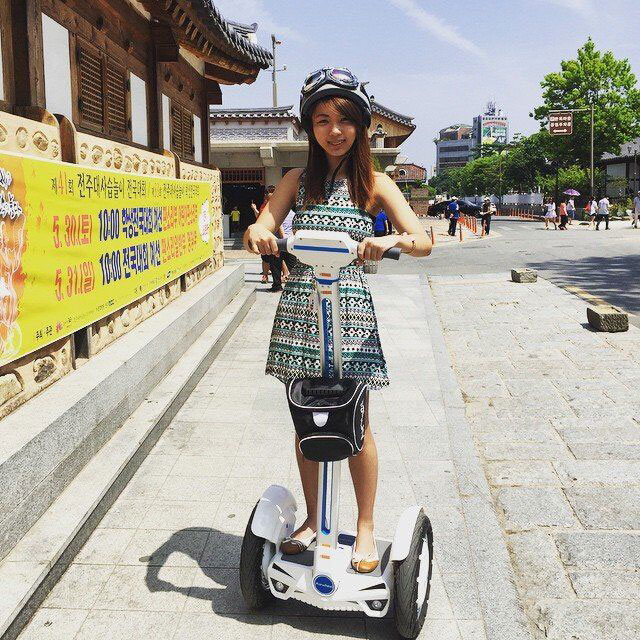 Airwheel can people’s Hachiko, the Airwheel S3 self-balancing scooter has already been such good companion. No matter working, studying or living, people can have the Airwheel as a company. Its range can be 65km while the max speed can reach 18km/h. besides. It can also hold the load of 120kg. Wherever people go, it would bring him there easily. Smart, fashionable, safe and energy-saving are all the advantages Airwheel scooter can offer. The body the electric scooter adopts the Magnesium Alloy High Pressure casting process, which makes the scooter solid and pretty. Just a glance of it can make you never forget it any more. Besides, the double battery protection board and intelligent CPU can make the rider feel safer. When people are in the riding, they can just play a song though the Bluetooth remote control.

Choose Airwheel as a companion is the smartest choice people have ever made.