The Focus of Airwheel's Presence at CES 2016

Abstract: This grand show held in Las Vegas becomes the focus of all media in January, 2016. Except for the auto industry, the scooter industry is also the center of all attention. This report is going to the let Airwheel to be the focus at CES 2016.

The CES 2016 is announced to close with a perfect ending. This year the vehicle can be the center of all attendees and media. As we know Ford doesn't sound much like an automaker these days. Mobility is the auto industry's new favorite buzzword, a nebulous acknowledgement that its traditional business model—put at least one car in every garage which does not last much longer. There are as many definitions of mobility as there are people using the term, but for Ford, it means moving people safely, efficiently, and affordably, whether it's in cars they own, cars they drive, or something else altogether. 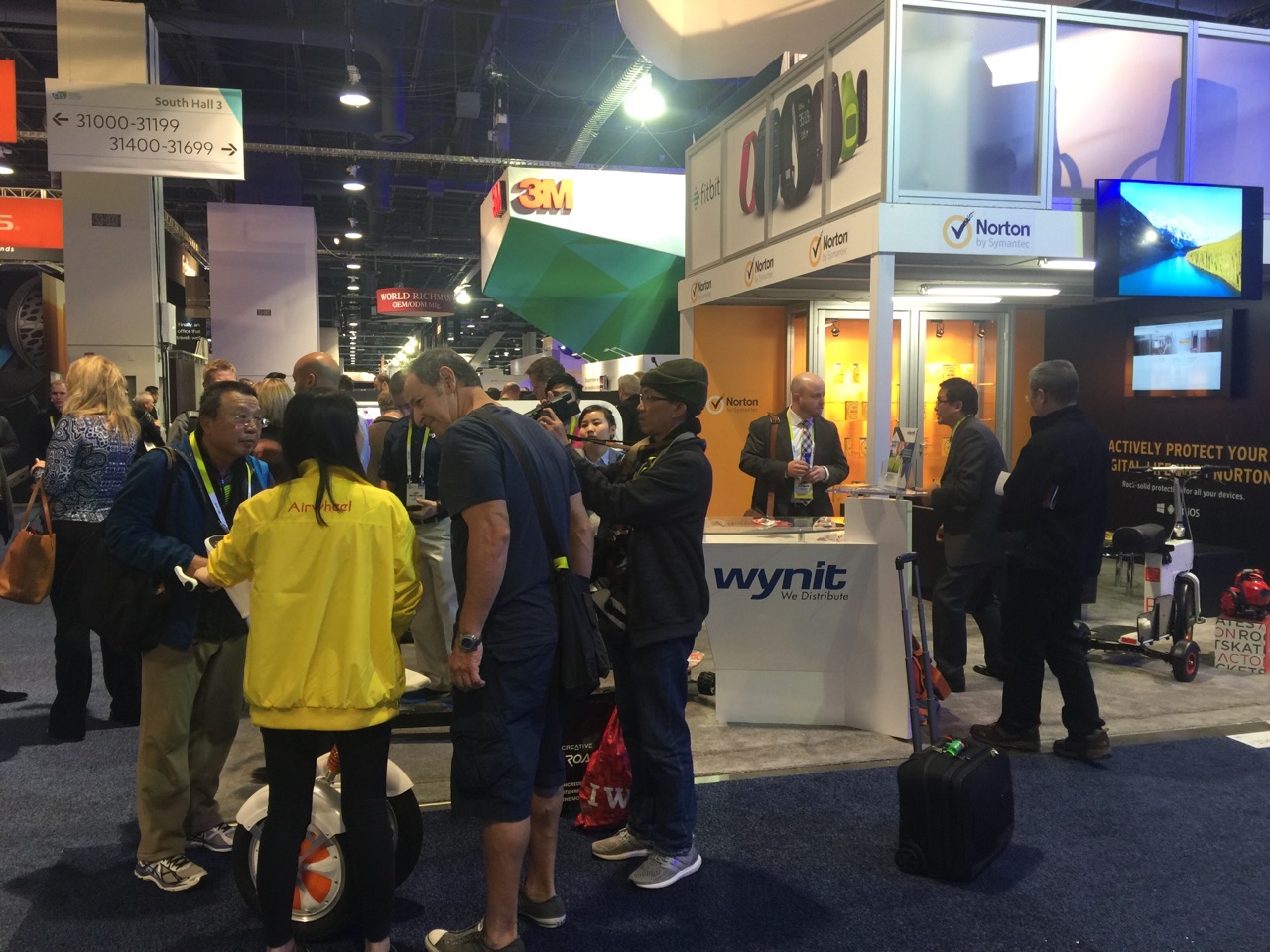 The board is special in its deck since that place can be decided by the rider. Moreover, it's paired with a remote control in charge of the speed and steering directions. It's not a toy for the kid any more, but also a transporter for the adult. 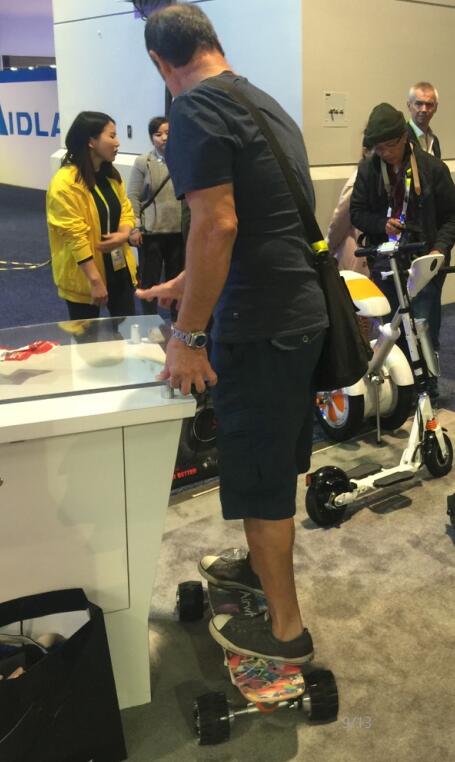 A3 two-wheeled electric scooter fitted with a seat even attracts a lady wearing a skirt to try it. For the two food rests are installed beside the wheel, it's quite embarrassing to ride it with wearing a skirt. Hence, the smart lady uses her coat to cover the exposing legs. She moves forward by leaning forward without losing elegance. The other men around the lady are praising this brave lady and think she does a great job. Of course, she can't make it without the explanation of Airwheel's staff. 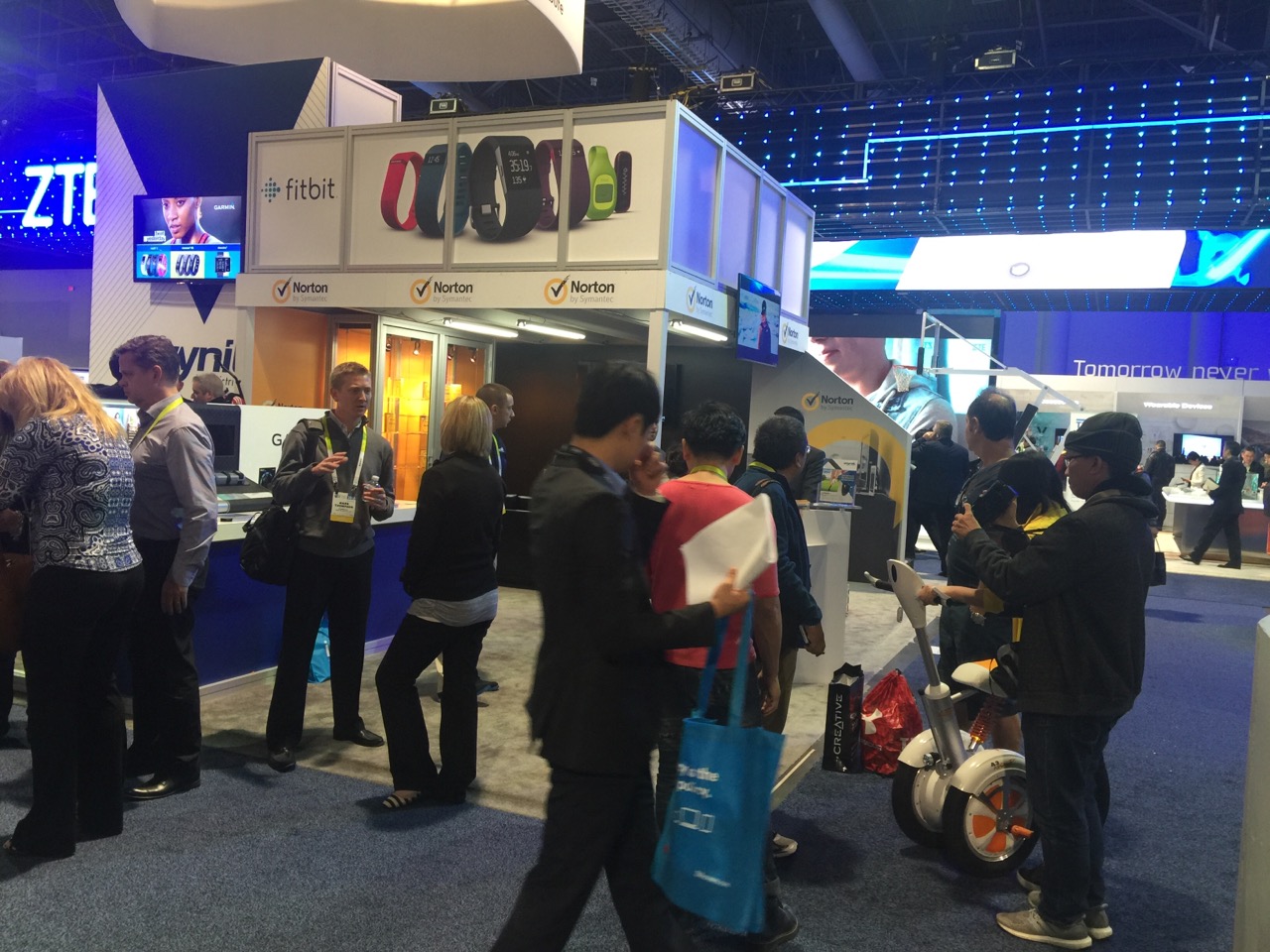 These three electric scooters can be the focus of Airwheel. Despite the fact that the event is over, they have well-received by most visitors. Meanwhile, they are perfectly stating the concept of mobility.